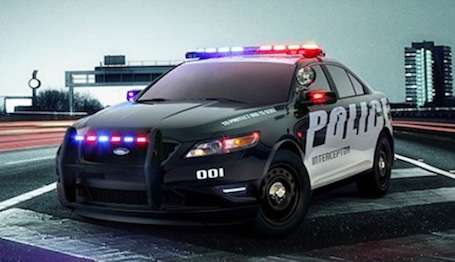 Move over Crown Victoria, the all-new Ford Police Interceptor is here to serve and protect.
Advertisement

The city of Chicago has just purchased 500 2013 Ford Police Interceptor sedans and utility vehicles, which is the biggest pledge to date for the all-new vehicle. According to Chicago Mayor Rahm Emanuel, the 500 vehicles commitment will take place over the next five years and be manufactured at a Ford Assembly plant located on the South Side of Chicago. All told, it is estimated that the plant will add 1,200 jobs as a result of the transaction.

Aside from providing power under the hood, Ford’s all-new EcoBoost technology will also save law enforcement millions in fuel costs. According to Ford: “The Los Angeles County Sheriff's Department -- the largest in the world -- operates a fleet of 6,200 vehicles that patrol an area the size of Connecticut. In 2010, those vehicles drove more than 27 million miles. A fleet-wide 20 percent fuel economy gain would stand to save the department at least $20 million a year with fuel prices hovering near $4 a gallon.”

The vehicle has earned the seal of approval by the Michigan State Police and Los Angeles County Sheriff’s Department, who evaluate police cruisers, based on an array of different durability and capability criteria. The painstaking process involves pushing the vehicle’s limits for 90 consecutive minutes, which exceeds the normal demand that patrol cars usually encounter.

“Police nationwide asked for a new kind of weapon in the battle for public safety, and Ford is answering the call with a purpose-built vehicle – engineered and built in America – that’s as dynamic as it is durable,” said Lisa Teed, Police Interceptor marketing manager.

In addition to making their new police vehicle durable enough for the harshness of a police chase, Ford has also outfitted the Police Interceptor with cutting edge technology. One such innovation is BLIS® (Blind Spot Information System), a system that utilizes two radar sensors to notify the driver when a vehicle has been detected in a blind-spot zone. The Police Interceptor also contains Standard AdvanceTrac® ESC (electronic stability control), which prohibits wheel slippage by reducing torque and applying brakes. Lastly, Ford SYNC® permits officers to initiate lights and sirens without lifting a finger.

Interior-wise, the vehicle’s front seats have been modified to accommodate officer’s utility belts. The vinyl seats have also been sculpted and set back to increase legroom. Furthermore, the shifter has been uniquely designed to maximize free space to provide extra room for police equipment.

Click HERE to find out more information about the 2013 Ford Police Interception, including photos and videos.