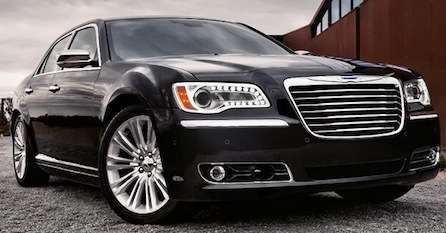 The 40 percent increase is Chrysler's largest gain since February 2008.
Advertisement

"Our product portfolio now contains some of the most fuel-efficient vehicles in our company's history driving our sales up 40 percent in February," said Reid Bigland, President and CEO of Dodge Brand and Head of U.S. Sales. "A few years ago higher fuel prices were a major threat to our total vehicle sales whereas today those higher prices have become far less of an issue. We now have 13 vehicles with an EPA-rated highway fuel economy of 25 miles per gallon or higher, and six of those vehicles get 31 mpg or higher."

Bolstering Chrysler’s notable February was the sale of its multiple sedans. Most impressive was the huge sales posted by the Chrysler 200 sedan, which sold 9,717 vehicles, a 315 percent increase. The company’s flagship sedan the Chrysler 300 sold 7,670 vehicles, which was a 480 percent year-over-year increase. The 480 percent jump was the 300’s fourth-consecutive month with a triple digit increase. The 300 was also just named one of the "10 Best Family Cars" of 2012 by Kelley Blue Book's kbb.com. Chrysler popular Town & Country minivan also saw a slight 22 percent increase, selling 9,621 units in February.

Jeep also enjoyed a strong sales increase, with its perennially popular Grand Cherokee leading the way. The Grand Cherokee sold 12,724 SUVs, a 47 percent increase in year-over-year sales. Jeep’s second best sales were posted by the Liberty, which experienced a 25 percent sales gain with 7,369 vehicles sold. The Compass and Patriot models both saw a 23 percent sales increase, selling 2,780 and 5,120 vehicles respectively. Lastly, the Jeep Wrangler registered 9,319 in sales, which was a year-over-year increase of 22 percent.

Though not as impressive as Chrysler brand sales, each Dodge model enjoyed increased sales. The Dodge brand was led the Charger sedan, which sold 7,324 cars, a 124 percent year-over-year gain. The Dodge Avenger sedan also demonstrated strong gains, with 6,570 in sales, an 89 percent jump. Also posting strong sales were the Journey crossover, which sold 6,448 vehicles, up 28 percent and the Durango SUV (3,435 sales, 26 percent increase). Rounding out the Dodge lineup were the Caravan with reported sales of 12,668, a 20 percent increase and the Challenger muscle car, which saw 3,669 in sales, up 14 percent from last February.

February 2012 proved to be Fiat’s strongest month ever, with 3,277 in sales. There is no year-to-year percentage increase available, because Fiat was unavailable in America in February 2011. The 3,000 plus in sales is a noticeable increase from the 1,911 Fiat saw in January 2012.