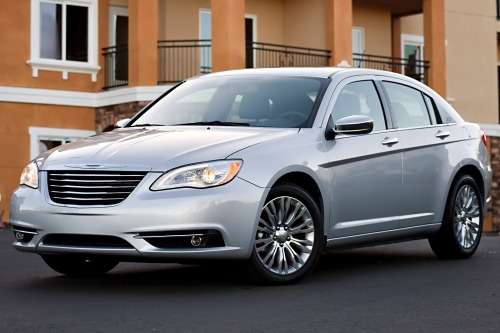 According to Chrysler, today’s recall will address defective microcontrollers within the vehicle’s active head restraints – which automatically move forward in the event of a crash to reduce potential neck injuries. The electronic glitch may prevent the system from working correctly.

The microcontrollers in question were installed in a supplied contract, said the Auburn Hills carmaker. The parts entered the supply chain after the 2011 earthquake and tsunami in Japan created a worldwide shortage of microcontrollers.

There have been no accidents or injuries related to the issue, according to the automaker. The recall does not concern airbags or shoulder restraint systems.

Chrysler has not issued a recall notification schedule, but did state that it will replace the electronic component or upgrade the system as need, free of charge. In the meantime, owners may call Chrysler Group at 1-800-853-1403. Concerned drivers may also contact the National Highway Traffic Safety Administration's Vehicle Safety Hotline at 1-888-327-4236 or visit www.safercar.gov.

Chrysler’s head restraint recall – along with three smaller recalls issued today – mark the automaker’s eleventh recall since June, when it sparred with the National Highway Traffic Safety Administration over whether to recall older model Jeep SUVs.

After a two-week battle with the federal government, Chrysler agreed to recall 2.7 million model year 1993-2004 Jeep Grand Cherokee and 2002-2007 Jeep Liberty SUVs. The recall was the culmination of a three-year-long investigation by the NHTSA, which found that gas tank position in older model Jeeps can catch fire in a rear-older collision. The probe also showed that 51 people died in fire-related crashes caused by gas tank rupturing.

Aside from the massive recall of 2.7 million Jeep SUVs two weeks ago, Chrysler issued two other sizable recalls affected Jeep models in June. The more substantial recall concerned 400,000 model year 2010-2012 Jeep Compass and Patriot vehicles. The vehicles in question may suffer from a software irregularity that could result in non-deployment or delayed deployment of side airbags and/or seatbelt pre-tensioners. Click HERE for more information about Chrysler recall of Jeep Patriot and Compass SUVs.