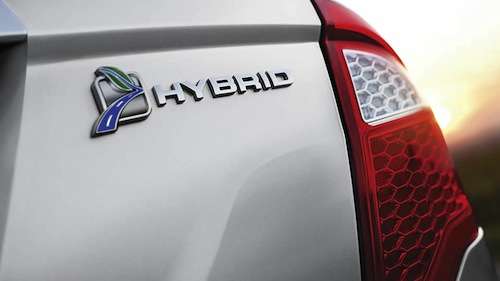 Are you ready for a hybrid? This new EPA feature will help you decide

In the market for a hybrid? Let fueleconomy.gov help you decide what vehicle is best for you.
Advertisement

Have you considered purchasing a fuel-efficient hybrid for your next vehicle? Well, fueleconomy.gov has developed a way to make your buying journey a bit easier. The new Hybrid Compare page at fueleconomy.gov showcases multiple hybrid vehicles and compares them to their non-hybrid equivalent. The site allows users to see the differences between vehicles in regard to both price and miles-per-gallon. Additionally, visitors to the site can customize their results by inputting personal commute times, estimated mileage and set the average percentage of highway or city driving.

Once you complete all the necessary information, the Hybrid Compare system tabulates how much money you will save by using a hybrid and the amount of time needed to recover the price differential between the hybrid and non-hybrid vehicle.

Although it is a nifty tool, the Hybrid Compare feature does not feature all hybrids that are currently available on the market. Additionally, it would be interesting if fueleconomy.gov created an updated system, which would take into account all-electric vehicles and plug-ins. Also, there are no diesel cars included in the list.

That said, the site’s vehicle comparison list does point out some intriguing figures. For example, fueleconomy.gov notes that multiple vehicles including the Toyota Camry Hybrid and GMC Yukon Denali Hybrid would each take over five and half years to pay back based on the price difference between the hybrid and non-hybrid models. On the opposite end of the spectrum were the Cadillac Escalade Hybrid and the Chevy Cruze Eco, which pay for themselves in just over two years. Annual fuel savings were based on 15,000 annual miles, including 55% city/45% highway, and a national average fuel price of $3.75 per gallon.

According to U.S. News, the top three hybrid cars of 2012 are the Ford Fusion Hybrid, Toyota Prius and Chevy Volt. The 2012 Ford Fusion earned top honors for its superior performance, high-tech features and impressive fuel economy. Reviewers indicated that the Fusion Hybrid was unmatched primarily due to the fact that it performs just as well as a gas-only car. Automobile Magazine wrote, “Overall I’d say this is the best mid-size hybrid you can buy.”

Click HERE to see if an all-new hybrid vehicle suits your budget and driving needs.