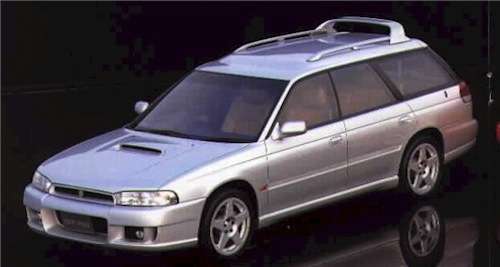 Despite some obvious rust and likely odor, the owner has decided to hold on to the vehicle and continue driving it.
Advertisement

Have you ever wondered if your vehicle could survive a dip in the local lake? Although you’ve probably never thought about driving your car into a body of water (hopefully), wouldn’t you like to know whether your vehicle could survive the plunge? Well, the owner of a 1996 Subaru Legacy now knows the answer to this question. Three months ago, a Finnish man was driving his Subaru on the ice, while attempting to fish, and his vehicle fell through. The driver had time to turn the engine off and get his dogs out prior to the Subaru becoming submerged.

Fast-forward three months, the man’s Subaru was located, dragged out and returned to the original owner. Most would venture to guess that this vehicle would be a total loss right? Not this Subaru Legacy. The vehicle actually started on the first try after spending three months under 12 feet of water.

Prior to starting the vehicle a little routine underwater-related maintenance had to be performed. Not surprisingly, a fish was found between the bumper and bottom tray, which was obviously removed. Additionally, the fish, a burbot, had released its spawn in the alternator. The owner then drained out the oil and water in the engine. The fuel tank contained approximately 70 percent water at the time, but “luckily only 15 liters of fuel, so it didn’t go to waste,” said the owner, who goes by the user name Oltzi, to Offipalsta, a Finnish off-road forum. The owner then proceeded to replace the plugs and pour fresh fuel into the tank. The only thing left to do was attempt to start the engine.

According to the owner, the Subaru started on the first try. The vehicle has been driven 20km (12.4 miles) by the owner with no serious issues. Reports indicate that the Subaru lacked some power due to water being present in the fuel. Aside from a functioning engine, most of the vehicle’s electrical components, including windshield wipers and headlights, worked as well. The owner did tell the forum, however, that the check engine light stays on.

As for now, the owner has decided to hold on to the vehicle, despite the minor issues. He went on to tell the forum, “It passed MOT inspection a week before going underwater, so there can’t be much wrong with it, can there?”

Click HERE to see pictures of the recovered vehicle.

John Goreham wrote on June 7, 2012 - 11:00am Permalink
I had a '96 Outback. Not surprised. The things was rugged. Just FYI, every one of the 3 Subies I owned needed an altternator vbefore 30K. One needed a completely new engine at 11K. Other than that, they were pretty reliable.