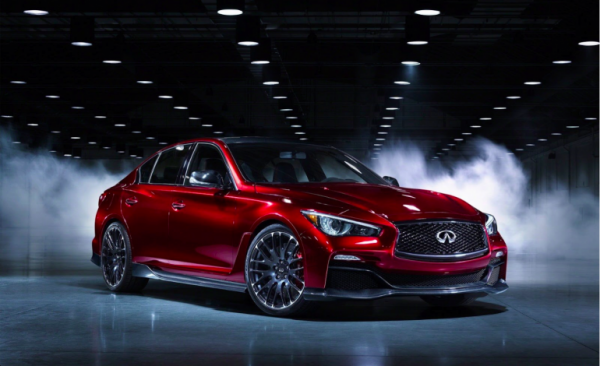 Infiniti has parntered with The Enthusiast Network and Microsoft with the exclusive event offering that is the Concours d'Elegance at Pebble Beach and will offer test drives of the Q50 Eau Rouge to lucky show-goers.
Advertisement

Those who'd like to get their hands on the most exclusive Infiniti ever, the Q50 Eau Rouge supercar, which has yet to go to production, will be able to do so at the Concours d'Elegance in Pebble Beach. Well, virtually at least.

Test drives of the car will be in a dynamic virtual reality system created by TEN: The Enthusiast Network and Microsoft. The car, for which only a very few prototypes exist, has been fully rendered into the virtual environment and will be offered for test drives to those interested in taking a spin in virtual space.

The experience allows visitors to the Infiniti displays to get behind the wheel of the 560-horsepower supercar and drive the Q50 Eau Rouge in custom XBox simulators using Forza 5 on some of the world's most famous race tracks.

Of course, this technology is augmenting the Infiniti booth's traditional consumer experience and traditional displays at Pebble Beach this year. Most Infiniti models currently in production will be available for ride and drives in physical form. On display will also be the redesigned 2015 Q70L luxury, long wheelbase performance sedan.

To go with that, though, more Microsoft partnerships mean a new product app, introducing Infiniti's line of premium vehicles, will be available on Surface tablets at the show.

Also on hand will be camera crews to do live tapings for Motor Trend's Wide Open Throttle show featuring VIP guests at Monterey Car Week during the Pebble Beach event. Tapings will be at Infiniti's pavilion on Thursday and Saturday afternoons.