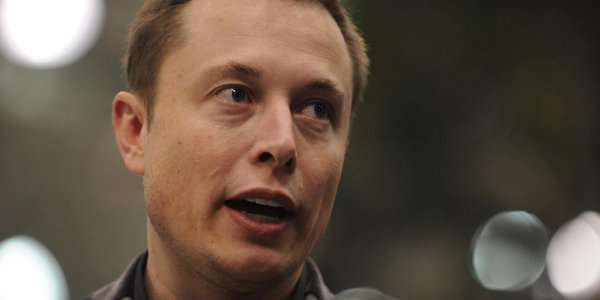 The latest quarterly report from Tesla Motors shows that, despite record deliveries of Model S cars, the company made huge profits on government subsidies.
Advertisement

The big news everyone touted after Tesla Motors released its quarterly report was that it posted big net losses. Most of those losses, of course, were due to acquisitions and other costs. Tesla rarely posts a profitable quarter, though this doesn't seem to have deterred many on Wall Street from being bullish on the company's stock. For the first time, however, Tesla has broken down its revenues and costs into business activity groups. The company has separated its powertrain sales and service revenues and costs from its pre-owned vehicle sales and its newly-minted Tesla Energy venture. The breakdown makes it easier to analyze the profits and losses that hinge solely on automotive sales versus those from other aspects of the company's endeavors.

Using generally accepted accounting pricinples (GAAP), the first quarter 2015 automotive revenues were listed at $893.320 million, about 52 percent above the first quarter of 2014 and about three tenths of a percent up from the fourth quarter of last year. Breaking down those revenues, though, we see that only $63 million of that was from direct leases of Model S cars to customers (the most profitable way Tesla sells the Model S).

Another $66 million was gained from regulatory credits and a further $51 million from the sale of zero emissions vehicle (ZEV) credits to other automakers. Both of these are near-direct payments from government to Tesla Motors. In previous years, we've seen a similar trend where ZEV credits and regulatory credits make up a large portion of Tesla's income. For a long while, in fact, ZEV credits were the primary source of income for the company.

Turning back to these numbers, we can see that about 13 percent of Tesla's total automotive-related revenues come from government-based credits or payments. These credits, the company shows, are despite a 25 percent profit margin on the Model S. Add in those ZEV credits and the profit margin grows further.

Overall, Tesla's total income year-on-year was a phenomenal fifty percent growth to $1.1 billion. Most of that revenue went into research, development, and expansion. A large chunk is paying for the Gigafactory being built to produce batteries, another chunk to improving production capabilities at the old NUMMI plant where the Model S and (soon) the Model X are built, and more towards the development of the new power storage systems that make up the new Tesla Energy spinoff. Of total revenues for the company altogether, about ten percent (that we know if) was thanks to government-based handouts. No one can blame Musk and his company for taking advantage of those handouts, but we must question how necessary they really are.

EvHero wrote on May 9, 2015 - 5:22am Permalink
Say, if you want Child Tax Credit (15 percent of earnings,) and you can't produce any kids, you can still adopt children any time you want. However, if you refuse to do that, you can stop whining about "government-based handouts."
Your Tax Dollar... wrote on May 10, 2015 - 6:26am Permalink
Now it makes sense. Using tax dollars and lives to protect foreign oil production and shipping must be a better value to some people. I was also under the mistaken impression that Tesla Motors was, in fact, building great cars that people absolutely love and a Supercharger network for free fuel for life. Thanks for the info.
Todd R. Lockwood wrote on July 21, 2015 - 5:44pm Permalink
California's ZEV credits are sold by manufacturers of Zero Emission Vehicles to other car manufacturers who produce primarily gasoline-powered vehicles. ZEV credits are not paid with tax dollars! California requires auto manufacturers to sell a certain percentage of zero emission vehicles. If they don't, they must purchase ZEV credits from a manufacturer who does. Any car manufacturer willing to produce enough zero emission cars can make money selling ZEV credits.
Daustin wrote on August 1, 2015 - 11:51am Permalink
The reason ZEV credits make Economic sense has to do with basic Economics -> Externalities. Adam Smith described the Free Market basically as a glass with muliple liquors reaching equilibrium because each molecule has perfect knowledge and makes perfect decisions. We don't live in that glass. The cost of pollution is not factored into the equation, as neither the consumer nor the producer pay for the harm done. Enter ZEVs!
GogogoStopSTOP wrote on August 10, 2015 - 7:38pm Permalink
Gross Mis-understanding here. And I'm not even talking about the fine print. The author says in paragraph 4, "25 percent profit margin on the Model S…" I don't think so because the company as a whole, in 2014 non-GAAP reporting, has a gross margin in the area of 28%. But in 2014 it lost $294M… INCLUDING subsidy payments of $100M+ from the USA or other auto companies for ZEV credits. 28% GROSS MARGIN… FOR A MANUFACTURING COMPANY… SELL SELL SELL. This is what happens when your karma is tainted with the moniker of Zero Emissions and you run principally on electricity generated from COAL!