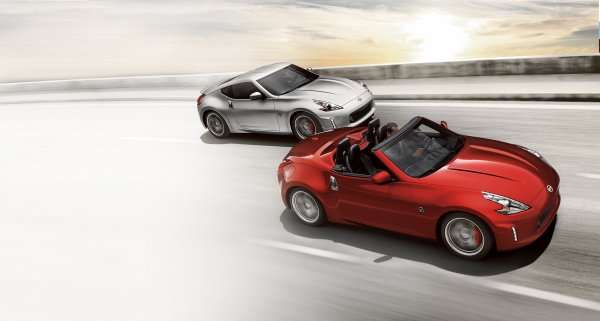 Rumor: Will the next Z-car Be a Crossover?

The latest rumor about the next-generation 370Z is that the new Z-car will not be a car at all, but instead will be a crossover.
Advertisement

Credible rumors that the next-generation Z-car will be unveiled in Frankfurt next month may prove all others to be false. In the meantime, they keep coming. This time, the latest around the water cooler is that the Nissan 370Z will be replaced with a sports crossover. The rumors seem to have started, once again, by Autocar Magazine, which is famous for its speculative looks at the Z and other performance vehicles.

The logic behind a crossover Z, says the Australian magazine, is to get new, younger enthusiasts behind the wheel of the next-gen Z and the Nissan brand. This would play into the current crossover craze and the fast-growing compact crossover segment, whose entries are often much sportier than their larger, family-based cousins. Another advantage would be platform consolidation. A new Z crossover could be built on the Juke's platform, which is itself already shared with others in the Nissan line.

That second point kind of knocks on the latest Autocar rumor. After all, why would Nissan destroy the popularity and sales of the little Juke, which has several sporty options like the NISMO and RS versions? Introducing another sporty crossover with the Z name would just eat into those sales. So far, Nissan has been very careful about cross-competition within their lineup and this would go counter to that trend.

The cost savings part is a little more credible, but it seems more likely that if Nissan wanted to do that, they'd take the excellent new chassis of the 2016 Nissan Maxima and convert that into the next-generation 370Z instead. This would make more sense. Making the new Z an all-wheel drive, at least as an option, might also boost sales as it finds renewed life among an increasingly contentious mid-level sports car segment.

We do expect that Nissan will begin dispelling many of these rumors with some sort of unveiling in Europe next month. Most likely it will be conceptuals for a new Z, as shown above, but with a bit more detail. We should at least find out the direction they plan on taking with the new Nissan 370Z generation.