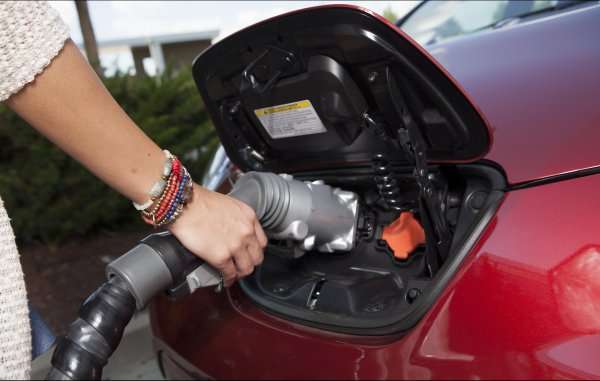 Between them, Renault and Nissan share not only a CEO, but also 58% of the global zero-emission vehicle market.
Advertisement

The Renault-Nissan Alliance, now over fifteen years old, shares a CEO in Carlos Ghosn and the honor of being the world's largest electric vehicle maker, with the two companies holding 58 percent of the global market share for zero-emissions vehicles (ZEVs) between them.

Renault, which sells mainly in Europe and near-Asia, has sold 51,500 electric vehicles thus far since the Kangoo Z.E. went on sale in October of 2011. Renault's top markets are France, Germany and the United Kingdom. In October of this year, Renault became the number one seller of EVs in Europe, holding a market share there of 31 percent thanks to its ZOE holding 23 percent of that market.

The 200,000th EV was old in November. From January to that point this year, the Renault-Nissan Alliance has sold about 66,500 units of electric vehicles, up about 20 percent over the same period last year. Two out of three EVs sold globally are a Renault or Nissan EV.

Sales of the Nissan LEAF in the U.S. are up almost 35 percent over last year and the car has already broken its own annual sales record with a month of sales left to go.