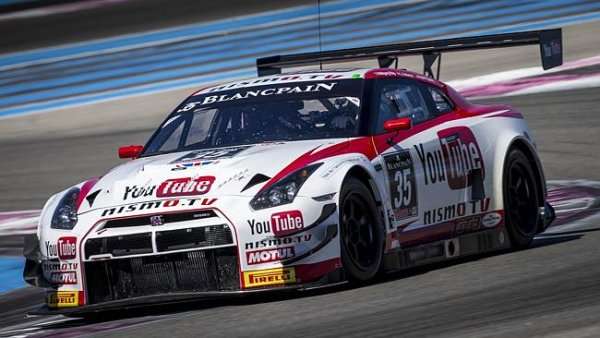 Nissan is the largest single automaker taking part in Australia's super-popular V8 Supercars race series, with their newly-minted Altima racers flying around the circuit. Now some of those racers may be going abroad as part of the Global Driver Exchange program Nissan supports, with one being slated to join the Le Mans 24 Hours team.
Advertisement

Nissan's NISMO team in Australia is talking about going abroad. Nissan's racing teams all participate in what's called the Global Driver Exchange program. This is a program in which Nissan moves drivers, temporarily, off their teams and onto other teams in a short shuffle that gives drivers the chance to experience different vehicles in different race venues and gives the company a chance to broaden its racing team's overall capability.

This year, they've said that they'll likely be moving V8 Supercars drivers in Australia to some other race events around the globe, as schedules allow. This would, conversely, give non-V8 drivers, such as GT Academy graduates and NISMO racers, the chance to go to Australia as well.

Nissan has committed to putting a V8 Supercars driver into the Le Mans 24 Hours, but hasn't officially announced which drier that will be. We do know that Rick Kelly, one of the brothers on the V8 NISMO team, will be participating in the Mount Panorama Liqui-Moly Bathurst 12 Hour in the new GT-R.

Other races that may be part of the program include the 24 hour runs at Dubai, Spa Francorchamps, and Nurburgring plus, of course, France's iconic 24 Hours.. The V8 Supercars team rarely gets to visit France for the race because of scheduling conflicts with the two-day commitment to participate. Before joining Nissan, Jason Bright raced a GT-class Ferrari to 37th outright.

Four likely candidates in the V8 team include the aforementioned Kelly brothers, Rick and Todd, as well as James Moffat and Michael Caruso, who recently resigned with the team to continue his contract.

"Having raced V8 Supercars for the past seven years, it would be nice to experience another category, even if it's just a one-off," Caruso said in a press conference announcing his contract re-up.

As for the team getting new recruits, albeit temporarily, they have said that someone other than their standard drivers will be sitting in the V8 seat for the Bathurst 1000. Nissan's factory drivers Michael Krumm and Lucas Ordonez tested V8 Altimas in Winton earlier this year, making them prime candidates to return to Australia.

For sure, though, the exchange program is one of Nissan's greatest assets and something that makes watching the NISMO teams as a whole far more interesting.