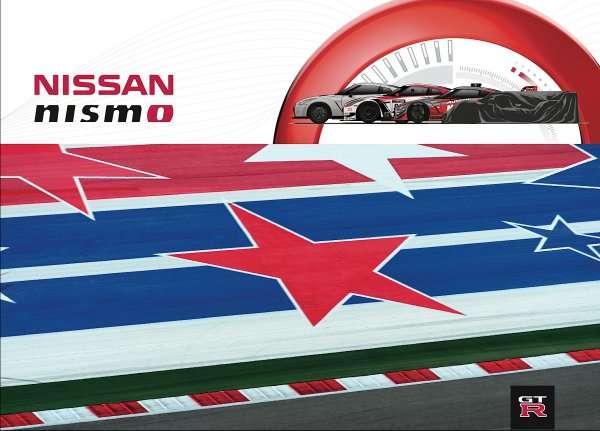 Nissan has begun a search for an American to join its new LM P1 Le Mans 24 Hour team through its GT Academy program. Are you it?
Advertisement

For six years, the GT Academy has produced some great new blood into the Nissan NISMO racing team globally. Weeding through more than five million entrants via the PlayStation Gran Turismo championships, the program has found several solid drivers who've gone on to become greats in the NISMO team.

Nissan's new LM P1 team will have a base in the U.S., taking advantage of track facilities in the warmer southern states climate to test its new machine which will do battle against Audi, Porsche and Toyota from next year. So, Nissan needs some Americans for its new Le Mans and FIAT World Endurance Championship team base in Indiana in order to complete its Le Mans ladder (LMP3, 2 and 1). The team is currently setting up its new U.S. home, refurbishing the former Indianapolis headquarters of Champ Car team, Forsythe Racing. They still need drivers, though. For that, the company is looking to past finalists from the American GT Academy program.

"All the U.S. winners of GT Academy have gone on to taste victory in major professional events around the world," said Darren Cox, Global Head of Brand, Marketing & Sales, NISMO. "But we have also been blessed with some other amazing talents in every year of the competition – an embarrassment of riches really. Some of the guys who didn't win have gone on to launch motorsport careers after using GT Academy as a kick start. We have our eye on some additional drivers that we would like to put through their paces again and see if we have somebody who could have what it takes to drive for Nissan in LM P1 at Le Mans." That new car he's talking about is the Nissan GT-R LM NISMO for 2016.

This will mean three bases for Nissan NISMO's Le Mans teams: one in Europe, one in Japan, and now one in the U.S. Some of the drivers NISMO is considering include former U.S. GT Academy winners Bryan Heitkotter (2011), Steve Doherty (2012) and Nick McMillen (2013) plus a number of other past American finalists will be given the chance to impress the new Nissan LM P1 team's management.

"Once we identify the most suitable GT Academy alumni, we will put him through an extensive program with the aim of putting them in an LM P3 car. LM P2 would be the next step at Le Mans; we'll use every driver development tool we have to take them to the next level, but they will also have to step up," Cox said.