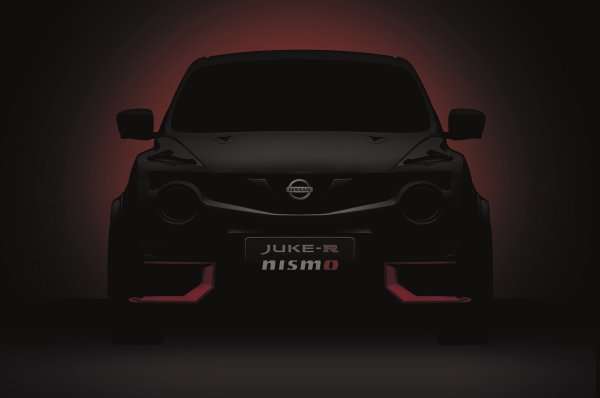 Nissan To Show Whacked Out Juke R NISMO at Goodwood

Nissan has teased the Juke R NISMO and says they'll be unveiling a "wild" version of the sport crossover at the Goodwood Festival of Speed. What could it be?
Advertisement

The above photo is the tease Nissan sent with its promise of something truly "wild" they plan to roll out at the Goodwood Festival of Speed this year. The Juke R was never really meant for production, of course, and was more a thought experiment for wacky tuners than anything else. It consisted of a Juke into which RML, a motorsports tuner in the United Kingdom, stuffed a V6 from the GT-R into the tiny little Juke so everyone could see what would happen.

Well, the concept was far out, but do-able and it sparked a lot of talk and even some sales as a limited run of the Juke R was made, much to the delight of well-healed consumers. So much so that Nissan has apparently decided to take the whole idea a step further and put the NISMO treatment on that Juke R.

On June 25 at Goodwood, Nissan will unveil this new Juke R NISMO with "the latest technology, styling and running gear" from NISMO. There are two ways to take that statement. This could be a body package with similar aero treatments from the popular Juke NISMO, or it could be the full-on GT-R NISMO treatment with the 600 horsepower upgrade.

That latter idea would mean that the Juke R NISMO jumps from the Juke R's 480 horses in its 3.8-liter V6 to that 600 ponies of doom. Doing so would mean that the 0-60 time of the R, the best of which was about 3.5 seconds, could drop below three seconds. Assuming the rest of the Juke around it doesn't tear itself apart from the torque.

Either way, this could be either a lame marketing attempt to throw some aero packaging on the Juke R or it could be nutcasery worthy of urban legends like the guy strapping a rocket motor to a Buick. We're hoping for the second option, of course.