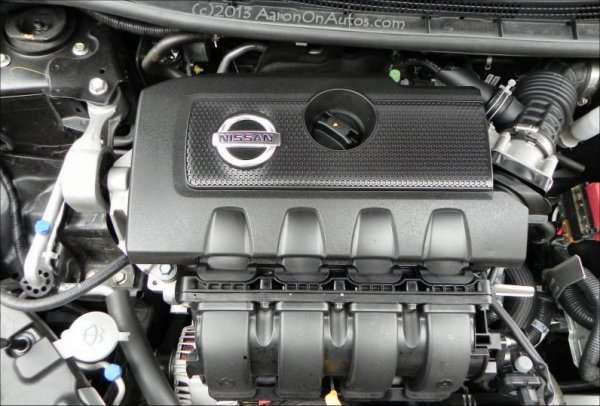 Two years before Honda introduced the VTEC system, Nissan released its VCT in the 300ZX. Here's a history of Nissan's innovations in VVT over the years.
Advertisement

In engine technology, variable valve timing is one of those things that has, in recent years, changed performance, economy, and emissions profiles immensely. It may be the single most influential aspect of combustion engine design in terms of engine efficiency in the past three decades. Two decades ago, VVT was exotic tech and used only in race cars and some high-end sports cars. Today, it's in nearly all of the vehicles we buy, regardless of price point.

Variable valve timing works by changing the timing interval for fuel and air injection into the combustion chamber in order to maximize burn rates, thus lowering fuel usage. Most VVT engines can dynamically change these ratios and the timing of those injections at multiple RPM rates. This allows a vehicle to have both low-end power and high-rev power - something that was not possible before VVT.

On Camshafts and Variable Valves

Visualize a camshaft on a top of an engine, turning via the timing belt or chain from the engine's crankshaft. As the camshaft spins, egg-shaped globes push up intermittently on rocker arms which in turn lift up or push down on valves below, opening them to trigger air and fuel injection. An engine equipped with VVT can change the rotation of the camshaft in relation to the crankshaft below and on most modern engines, it can also change how much lift and is given to the rockers, affecting the valve opening both in size and duration.

The camshaft has a gear, which is the portion turned by the belt or chain from the crankshaft. In a VVT system, the gear is separate from the camshaft rather than being one piece. This separation allows the ECU to create pressure or relieve pressure, as needed, to change the amount of turn the gear has on the shaft. The further the gear is separated from the shaft it's turning, the slower the shaft's turn in relation to the gear.

Back in 1987, Nissan introduced the first electronically-controlled variable valve timing engine using a technology they called Variable Camshaft Timing (VCT). This system dynamically adjusts cam timing throughout the power band by having the engine computer (engine control unit, ECU) send a signal to a solenoid which directs a high-pressure oil stream into the space between the camshaft and where it connects to the gear. At lower speeds, the system retards the turn to give smooth idle and low-speed operation, then opens to advance timing at higher speeds.

Soon after VCT was introduced, Nissan added Variable Valve Lift (VVL), which took the VCT system and gave it the ability to also control valve lift and duration. Unlike Honda's VTEC system, though, Nissan's VVL could operate the valve timing and valve lift operations separately, giving more range and a smoother transition between activation and deactivation points.

More recently, Nissan's latest VVT system is VVEL, Variable Valve Event and Lift. Introduced in 2008, this technology is becoming more standard in Nissan's engine makes, though for now it is mainly seen only in higher-end, larger-ending models like the Q50 and the 350Z, but has been proliferating through the model lineup at both Nissan and Infiniti and will soon be the standard.

VVEL improves horsepower, fuel economy, throttle response, and emissions output. VVEL does what VCT and VVL can do, but also removes the need for a throttle plate by adding in electronic control of air flow in sync and time with the rest of the engine's operation. On most engines which it appears, VVEL is called Continuously Variable Valve Timing Control System (CVTCS) and independently controls each of the valves and their up and down characteristics to precisely control burn rates. This, in turn, means more bang for the fuel buck and less emissions output. It has the added advantage of improving low-end torque and top-end horsepower outputs.

CVTCS works by replacing the traditional rocker arm with an arm and two links that move intake valves independently. The rocker, instead of pressing or pulling on valves, instead controls a small electric motor that imparts lift. It's a far simpler and smaller system, with better control, than what others have designed so far. BMW pioneered the general idea, but Nissan is now doing it with less than half the parts.

Overall, what we've seen from Nissan here is both pioneering efforts into variable valve timing as well as continued improvement of the system overall. Most automakers are doing something similar, but so far, few can lay claim to the kind of innovation going on quietly under the hoods of today's Nissan-designed vehicles.

Grham wrote on June 3, 2014 - 5:33am Permalink
Bought a Nissan Qashqui 360 last year and it has an intermittent habit of a brief interval of power fade. This is more noticeable on inclines when the accelerator is held in a constant position, with sufficient fuel supply for the situation. It will pick-up and continue as before? This can also occur on the level. Could this be a VVT issue?
Aaron Turpen wrote on June 3, 2014 - 11:57pm Permalink
Most likely it's a fuel delivery or transmission issue. Watch your tachometer. Does it waver? It's more likely to be either a confused CVT (it happens) or the aforementioned fuel issue. If it's the VVT, then it's because you're right at the RPM point where the ECU tells the cam gear to open, but normally you will not know it's happening at all and today's engines usually do so dynamically, so it's not sudden, but gradual.
Steve Waclo wrote on December 1, 2014 - 12:12am Permalink
Hello Aaron! Excellent article, but I believe you misspoke here: "This allows a vehicle to have both low-end power and high-rev power - something that was not possible before VVT. " As I'm sure you know, power is a measure of horsepower, while torque is a measure of twisting effort. In the first sentence, you probably meant "low-end torque" and "high-rev power"...or maybe I got it backwards, but it's not power at both :). My ''87 Alfa Spider, 2.0 also has a primitive form of VVT, but only operates at WOT, when a switch on the throttle activates a solenoid in front of the intake cam which opens and closes an oil passage to change cam timing. Hardly noticeable and not variable. Just on/off. All the best!