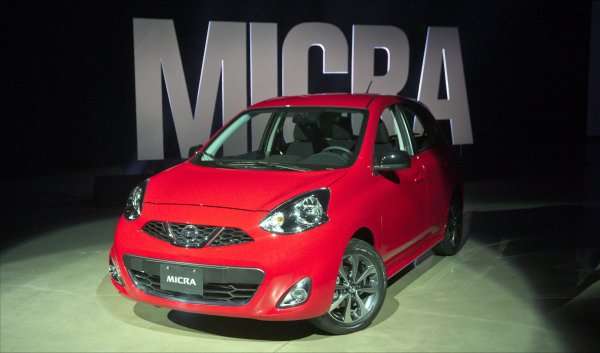 Nissan will be bringing back the uber-compact Micra to the Canadian market, unveiling the new tiny mobile at the Montreal Auto Show tomorrow.
Advertisement

Back in 1982, Nissan introduced the supermini Micra to the market (known as the March in Asia and South America). It replaced the Cherry, which sold well in Europe but was growing beyond its original micro-car size. While it never really sold well in the U.S. (very small cars rarely do), the Micra was the Nissan challenge to the uber-compacts from Honda and Toyota, the Starlet and the City. There are fan clubs surrounding several of the Micra's iterations, most notably the 1989 limited-run Micra Superturbo and 1988 Micra R series.

For a few short years, the Nissan Micra was king of the road when it came to ultra-compacts in Canada. Then, in the early 1990s, it was discontinued in favor of somewhat larger, better-selling three- and five-door hatchbacks. The Micra is still sold today in some markets, including Japan and South America, but hasn't been seen in Canada for over two decades.

Now Nissan says they're bringing the Micra back. With the resurgence of interest in highly efficient, tiny commuters, the Canadian market appears ready for the Micra's return. The new 2015 model will be unveiled tomorrow at the Montreal Auto Show, along with full specs, and we'll bring you details then.

"After 21 years, the Nissan Micra is returning to Canada to change the automotive landscape," said Christian Meunier, President, Nissan Canada. "Micra will provide Canadians with the unbeatable value, Japanese quality, European bold styling and fun driving experience that they deserve in a small car."

The Micra will not be available south of the border, but to Canadians only, and will be a variant made specifically for their market. Nissan promises it will revolutionize what Canadians expect from the entry-level segment.