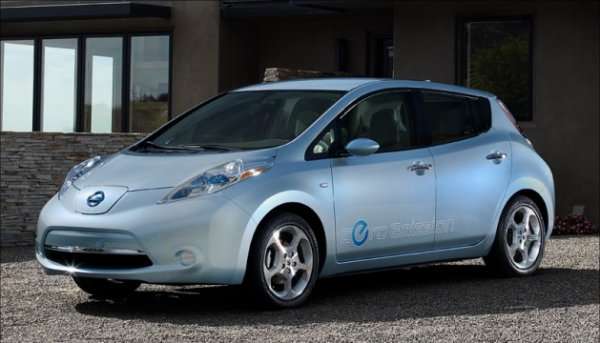 The electric Nissan LEAF is still the best-selling battery-electric car in the world and now, with two months still left in the year, it's already broken it's own annual sales record. Again.
Advertisement

The Nissan LEAF is, of course, the world's best-selling electric car. Now it's broken it's previous annual sales record of 22,610 units and the year isn't even over yet.

That earlier record was set in 2013 and before October had even finished, Nissan announced that the LEAF had already surpassed that number in sales for 2014. "With nearly 20 electric cars or plug-in hybrid models on the road today, Nissan LEAF remains at the head of the class, outselling the nearest competitor by 50 percent through September," said Brendan Jones, director, Nissan electric vehicle Sales and Infrastructure.

The LEAF was launched as an all-electric five-door car in 2010 and continually breaks its own best-selling sales records year after year. More than 142,000 have been sold globally and over 64,000 of them in the United States. This year, the LEAF is expected to see huge gains over last year's sales figures, possibly pushing it near the 100,000 units sold in the U.S. and 175,000 globally. Monday, November 3, will have official LEAF sales figures for October, showing whether or not they're on track to do that.

With or without those sales figures, the LEAF has, again, broken its best-selling sales record both globally and here in the U.S. already.

That's a lot of electric cars.