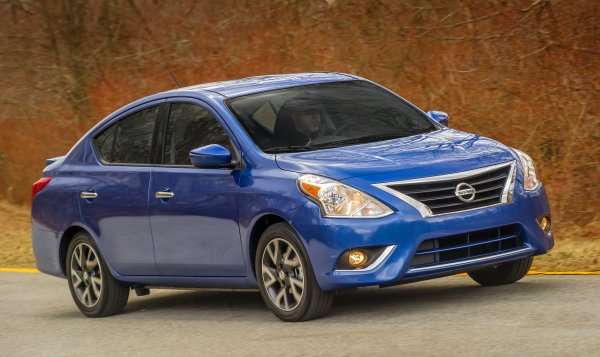 Nissan North America has now sent over a million vehicles overseas, showing that not only is its U.S. operation building nearly all of the cars sold here, but sending them to other parts of the world as well, making "Made in America" a point of pride.
Advertisement

Earlier this week, Nissan produced another car destined to be exported to the South Korean market via Nissan's Smyrna, Tennessee manufacturing plant. The car destined for Korea marks a million exports from Nissan's United States operations, with exported vehicles going to locations as close as Canada and as Far away as Australia, Africa, the Middle East, Asia, and South America. Nissan's Canton, Mississippi and Smyrna,Tennessee operations have been hard at work building cars not only for American customers, but a global audience.

To date, Nissan has spent more than $10 billion on American manufacturing operations expansion since beginning manufacturing here 31 years ago. The two plants in the U.S. have produced more than 7.6 million engines, 57,000 lithium-ion battery packs, and 13.7 million vehicles between them. Although exports are a small portion of Nissan's North American operations, they are important.

"It provides a buffer," said Martin. "In terms of the volume that exports allow us to make, and it provides a buffer for us against domestic demand. Because naturally we have seasonality in the U.S., Mexico and Canada, they are our biggest markets, but the seasonality in other parts of the world are certainly different. And that acts as a buffer and helps to keep our production level at a pretty stable level throughout the year."

The Tennessee and Mississippi operations export to 68 markets globally. The Altima, for example, is exported to Africa, Brazil, Korea, Russia and more. The LEAF is exported to Canada, Japan, Korea and Mexico. Top export markets for all Nissan vehicles made in the U.S.A. are New Zealand, Taiwan, Asia Pacific, and Canada.

John Goreham wrote on January 26, 2015 - 9:48am Permalink
Funny how you only hear about politicians crowing about outsourcing, but never any congratulations for in-sourcing.