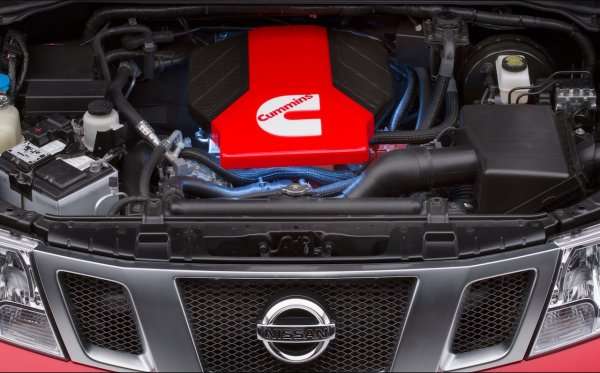 Nissan Announces Return to Super Bowl. Could It Be for the Titan Diesel?

Nissan has announced that they'll be advertising in the 2015 Super Bowl for the first time since 1997. So what will feature in their 60-second spot? It might be the 2016 Titan Diesel, but there's another option.
Advertisement

Nissan has announced that it will be advertising in Super Bowl XLIX on Febuary 1st, 2015. The ad, it says, will be part of the Big Moments marketing strategy they're pushing, which was responsible for spots that featured things like the Rogue driving on top of moving trains.

"This is a great time for Nissan to make a big brand statement in front of one of the largest global audiences of the year," said Fred Diaz, senior vice president, Nissan Sales & Marketing and Operations U.S., Nissan North America, Inc.

This begs the question: what will Nissan advertise at the big game? The obvious answer: the Titan Diesel.

The new Titan will unveil at the Detroit Motor Show (aka North American International Auto Show, NAIAS) about two weeks before the Super Bowl kicks off. Timing would be perfect. But wait, something else is peeking out from behind the curtain and it may not be the beefy new Cummins-powered pickup truck.

What if, after the Titan unveils in Detroit, Nissan decides to use the Super Bowl as a way to do one of the most unique unveils of all time? Think about this: after the Titan Diesel unveils in January, everyone knows that soon after, the new Frontier will also have its cover removed. What if that were done during the Super Bowl? Talk about marketing splash.

Better yet, a two-for-one could come should the Titan "introduce" it's new younger brother, the Frontier. A double-whammy and to an audience that happens to buy a lot of trucks.

The potential here could be huge. Obviously we don't know what Nissan is planning, but sometimes, guessing is more fun than the reality anyway. At any rate, it couldn't be any worse than the 1997 Maxima commercial they aired: