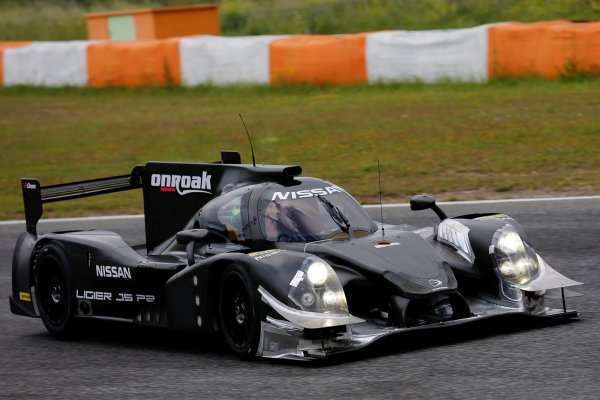 What could possibly be cooler than dominating the virtual world of racing on your console? Racing in real race cars at the world's premier racing event, the Le Mans 24 Hours.
Advertisement

The twenty-four hours of Le Mans. So prestigious and so cool that even Steve McQueen had to star in a movie about it whose title was, simply, the name of the race. Le Mans is a race that every motorsport enthusiast associates with excellence and where only those who are at the pinnacle of their racing capability can hope to achieve a podium finish.

For four boys who played video games about racing cars, took their excellence in virtual reality to a virtual circuit for the win and then went on television to prove that gamer skills can be morphed into real-world racing skills.. the ultimate challenge will be to prove that not only can those skills translate to trophies on the racing circuit, but they can put you behind the wheel of a car in the world's most respected race; Le Mans.

The new Ligier JS P2 will be piloted by veteran Alex Brundle and former gamers Mark Shulzhitskiy and Jann Mardenborough at the upcoming Le Mans 24 Hours in France. They'll be following in the footsteps of gamer-turned-pro Lucas Ordonez, who took a podium finish at Le Mans in 2011 and who will return again this year in Nissan's Garage 56 experimental entry, the ZEOD RC.

The No. 35 Ligier JS P2 Nissan is running in the highly competitive LM P2 class, which generally dominates the Le Mans commentary. The GT Academy winners will be up against some of the best drivers in the world. For Mardenborough, this is not his first time at Le Mans, having out-qualified his more experienced teammates last year when he made his Le Mans debut.

"Le Mans will always be special to me," said Mardenborough. "I was taken there as a GT Academy finalist in 2011 when Lucas made his debut and then I returned as a racing driver in 2013. Most of my racing is in single-seaters these days and that is teaching me a lot about the craft of being a racing driver. We finished fourth on the road last year but were promoted to the podium after the event. It would be good to go back to Le Mans and leave with a trophy in my hands this time."

For his part, Shulzhitsky ("Shoots") is no stranger to LM P2 racing, having begun his real-world career at the FIA World Endurance Championship in Shanghai last year. He's been with Nissan-sponsored Onroak Automotive since, so the car they're entering at Le Mans, which Shoots and Mardenborough will be driving, is not new to him. Shoots has been one of the Ligier JS P2's primary test drivers.

Meanwhile, test driver and now official racer for the ZEOD RC is the now-veteran racer and former gamer Lucas Ordonez, whose career in going from gamer to racer began the Nissan GT Academy program. He will be joined by fellow gamer Wolfgang Reip and Nissan race driver Satoshi Motoyama in the Garage 56 entry at Le Mans.