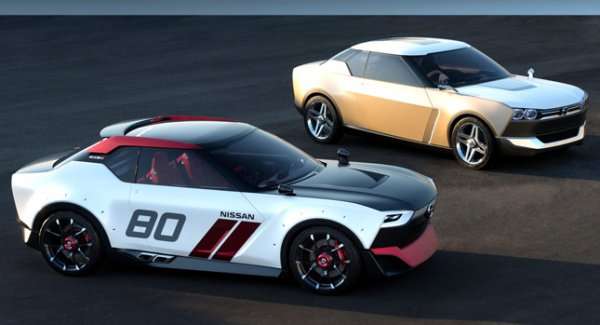 IDx Might Be Called 'Silvia' and Not Be a 370Z Replacement, but a BRZ-killer instead

A new rumor is out, this time marking the IDx concept not as a 370Z replacement, but instead as a small, rear-wheel drive, inexpensive sports car meant to go head-to-head with the Toyobaru.
Advertisement

An earlier rumor was that the Nissan 370Z would be replaced by a car based on the IDx retro-concepts shown last year. Those rumors were fueled by the pending unveiling of a 370Z replacement which everyone knows is coming and which Nissan has all but publicly promised will be soon.

Now, another rumor has surfaced about the IDx, this time that it won't be a 370Z replacement, but instead be produced as a low-cost, rear-drive sports car to take on the Toyobarus - the Subaru BRZ, Toyota GT-86, and the Scion FR-S. If that's the case, the IDx would be staying close to its Datsun B-series roots in both looks and purpose.

The "sources" for this rumor are quoted by an Australian magazine, which, truth be told, is not always a reliable source - this same magazine claimed that a four-door version of the FR-S was in the offing, among other things. At any rate, the source they have says that the new IDx will, in production, be called the Nissan Silvia and it will be released for the 2017 model year with a 1.2-liter supercharged four and a turbocharged 1.6-liter four with a price tag in the $30,000 and under range.

The magazine says that the new Silvia will unveil at the Tokyo Motor Show next year (a likely point, as that's probably where the new 370Z will also unveil).

So although we're taking this Motoring rumor with a grain of salt, it's still tantalizing.