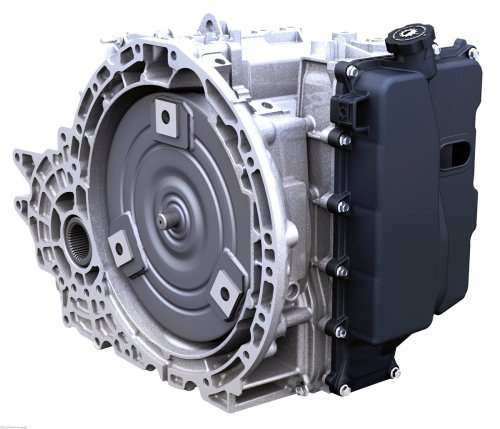 Ford, GM working together on 9- and 10-speed transmissions

Ford and General Motors are working jointly to develop nine- and ten-speed automatic transmissions for cars, trucks and SUVs. The collaboration builds on previous joint efforts by the Detroit boys.
Advertisement

Ford and General Motors are working together to develop advanced nine- and ten-speed automatic transmissions for use in cars, trucks and SUVs. Initial design and engineering work has already started and the companies hope to produce transmissions that can significantly improve fuel economy and performance.

Although the continuously variable transmission (CVT) has taken over in some market segments as the efficient auto-trans of choice, the CVT has limitations and is not the best option for all vehicles. Manufacturers have also been working on higher-gear transmissions with better ratios to improve output. Chrysler has been rolling out the eight-speed transmission in much of its truck and SUV lines while six-speed transmissions have become the norm in many mid-sized and full-sized vehicles today.

The new transmissions being jointly developed by GM and Ford will be in both front- and rear-wheel drive variants. The companies project that the transmissions could improve fuel economy by as much as 25 percent in some vehicles.

“Engineering teams from GM and Ford have already started initial design work on these new transmissions,” said Jim Lanzon, GM vice president of global transmission engineering. “We expect these new transmissions to raise the standard of technology, performance and quality for our customers while helping drive fuel economy improvements into both companies’ future product portfolios.”

This is not the first time the two Detroit giants have collaborated. The aforementioned six-speed transmissions being used by the two companies were the product of a previous collaboration that culminated in the automatic transmissions we see today in the Ford Fusion, Edge, Escape, and others and in the Chevrolet Malibu, Traverse, Equinox and Cruze. Although the transmissions are built by each automaker in their own plants for their own use, their joint design meant they share many common parts and are thus cheaper to source from suppliers.

“The goal is to keep hardware identical in the Ford and GM transmissions. This will maximize parts commonality and give both companies economy of scale,” said Craig Renneker, Ford’s chief engineer for transmission and driveline component and pre-program engineering. “However, we will each use our own control softwareto ensure that each transmission is carefully matched to the individual brand-specific vehicle DNA for each company.”

Neither Ford nor GM gave an expected time table to launch for these new transmissions.

Marvin McConoughey wrote on April 16, 2013 - 8:55am Permalink
Not sure here what delayed the eight speed automatics. Perhaps GM diverted funds into other priorities. The nine and ten speeds should be here for 2014 to give GM and Ford a marketing advantage. As it is, 2015 would be the earliest likely model-year installation, with 2016 being more plausible.
Aaron Turpen wrote on April 18, 2013 - 9:45am Permalink
Chrysler already has them and has been rolling them out over their lineup since their debut in the 2013 Ram 1500.