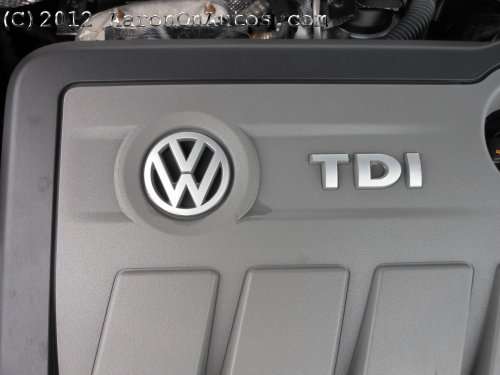 Clean diesel continues its fast rise in the US

Clean diesel sales are up 27.5 percent in the United States so far in 2012, continuing year-on-year trends of fast growth, outpacing all other alternative fuel options on the market.
Advertisement

Clean diesel vehicles, mostly turbo direct injected (TDI) engines from Volkswagen and Audi, are dominating the market for alternatives to gasoline in the United States. New information from HybridCars.com and Baum and Associates shows that sales of clean diesel vehicles are up 27.5% so far in 2012 in year-on-year analysis versus 2011 numbers. Only gasoline-electric hybrids have shown a faster growth rate in terms of sales this year.

What's more, the sales increases are not limited to pickup trucks or large vehicles, as might be supposed, but are instead in small, passenger cars with larger vehicles showing only small sales growth. Clean diesel pickup trucks increased in sales by single digit growth versus some of the TDI options from Europe dominating with well over 50% sales growth year-on-year.

The Audi TDI diesel models showed a phenomenal 64.8% growth versus the first half of 2011 while Mercedes' BlueTEC diesel models saw a 50.3% growth rate.

Research from other sources also shows strong diesel sales in the near-future North American automotive market. Pike Research recently predicted that clean diesel sales would outpace hybrids in the American and world market, nearing a million clean diesels sold per year by 2018 in this country.

More than fifteen new models of diesel automobiles are to be added to the U.S. market in the next couple of years, which will further bolster this gasoline alternative for consumers. Automakers like Audi, Mercedes-Benz, and Volkswagen are already in this market with clean diesel options and will soon see competition from Ford, Chrysler, General Motors, Mazda, and BMW. Others such as Kia and Jaguar Land Rover are considering the idea as well.

Diesel fuel has another distinct advantage: many alternatives to petroleum. Biofuels and methane injection can displace some, most, or all of the petroleum used to make diesel fuel and without significantly raising the cost or losing the benefits of the fuel itself. In its oil-based form, diesel is easier to refine than gasoline, but with these alternatives, can become much less environmentally impacting over its life cycle - especially when compared to the only viable alternative for gasoline, ethanol.

Finally, diesel is much easier to transport, being non-explosive/flammable in liquid form. It also gives off fewer toxic fumes per gallon than does gasoline. With an infrastructure already in place, as a near-term option, it has distinct advantages over other alternatives to gasoline and a lower price premium for purchase versus hybrids as well as a longer expected lifespan for the vehicle's engine itself.

Clearly the advantages of clean diesel as an alternative to gasoline are many and compelling.

John Goreham wrote on August 2, 2012 - 3:01pm Permalink
Cheaper than Premium Unleaded now in this area for a long time.
Nicolas Zart wrote on August 6, 2012 - 2:29am Permalink
Lucky you, still more expensive here in California. It's funny to think how a few years ago, people were so turned off at the idea of diesel. They hadn't driven those great little European engines that have rivaled gasoline engines for over 20 years now. I remember driving the first Peugeot 205 Turbo diesel and VW Golf TDi in the mid-80s and thinking what great cars they were with so much torque. Glad to see it come here.
Aaron Turpen wrote on August 6, 2012 - 2:56pm Permalink
Having driven big rigs (heavy trucks, tractor-trailers) and large, diesel vehicles (tractors, farm machinery, pickups, etc) most of my life, I've always been a fan of diesel. It wasn't until I drove a BMW in the 1990s that I realized that this could be awesome for regular passenger cars as well. I've been a fan since.