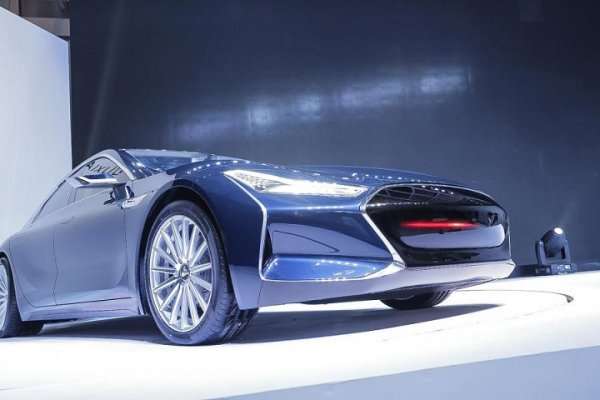 Want a Tesla Model S? Can't afford the near-$100,000 price tag? Have no fear, there is a cheap Chinese knockoff selling for the price of a well-equipped Toyota Camry. If you don't need a bunch of hooey like warranties and Elon Musk's endorsement, this could be the car for you.
Advertisement

Do you ever wonder if Chinese workers in their factories look at the stuff they're making and think "Wow.. Americans really buy this crap?"

This may or may not be one of those things. An automaker called Youxia has introduced a new electric car called the Ranger X. They say that the car has a horsepower output of 356 and produces 325 pound-feet of torque. Its batteries are mounted under the floor and give it a range of 286 miles per charge. Finally, they claim, the Youxia Ranger X does 0-100 kilometers per hour (0-62 mph) in 5.6 seconds.

The exterior styling of the Ranger X is very Model S-esque with similar lines and curvature. A few details seem a bit different, like the K.I.T.T. car red pulsing light below the grille and the decidedly cheaper wheels, but on the surface, this looks a lot like Musk's baby.

Inside, it's almost purely a Tesla ripoff with the same huge touchscreen dominating the console and a futuristic steering wheel captivating the driver's cockpit. An LCD screen powers the instrument cluster and white and silver on black generally holds the theme. The dashboard is very straight, however, with a much more kitchen cabinet appearance than what's had inside a Tesla.

Hey, did we mention it's price tag is way cheaper than the Model S? Yep, Youxia says that they'll be selling this car for about $32,000 American. So you could buy three of these for the price of an authentic Model S. (One to drive, one as a spare, and one for parts maybe?)

Now back to that exterior. I mentioned the K.I.T.T. car from Knight Rider in my description before. Well, that's on purpose. The designer of this car, Huang Xiuyuan, who owns Youxia, is a huge fan of the 1980s TV show. Even his company's name, "Youxia," is the title of the show in Chinese. The Android-based operating system for the infotainment is dubbed "Kitt" at the company. No word yet on whether Hasselhoff endorses this car. Our people called his people, but it's not an easy task given that they all speak German. He's big in Europe, you know.

Assuming imitation is the sincerest form of flattery, I'm sure Musk thinks that this knockoff is great. He's probably chuckling about it while he wrenches on his latest stratospheric explosion project for Space X.

Richard Solomon wrote on August 3, 2015 - 12:18am Permalink
You might mention that Youxia says they will have the car in production in about two years, i.e. 2017. You can't buy one today, and who knows what might happen in the next two years.