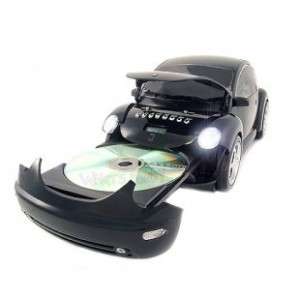 The CD player is becoming a thing of the past

Automakers are beginning to phase out the once-standard CD player from cars in favor of smaller, lighter technology that is more up to date.
Advertisement

As car designs become lighter and more efficient, engineers are re-thinking the CD player as a standard inclusion in today's automobiles. A single-disc player can weigh five pounds or more and multi-disc players even more than that - not including the CDs inside them.

Senior Ford designer Michael Arbaugh told the Detroit Free Press that he was looking forward to the day when CD players were no longer a common sight in dashboards.

The replacement is newer, lighter, more up-to-date technology in which digital music is stored on memory cards and phones. Many of the smaller, more youth-oriented cars now have CD players as an added option rather than a built-in standard, in fact. Instead, it's now standard to have BlueTooth and phone plug-in connectivity and in some markets, built-in memory systems (hard drives or SD card slots) are as popular or more so than are CD players.

The first cars to go from 8-track to cassette and then from cassette to CD were those marketed to the younger generation. The change-over took just a handful of years to go from one outdated tech to its replacement. It's now happening again.

Ford dropped its multi-disc player offerings from its European line last year in favor of MP3 connections and Bluetooth wireless options, which were together more than 90% of the market already. Chevrolet's Sonic doesn't include a CD player at all, offering MyLink instead - an MP3 connectivity suite that also synchs with a smart phone's Internet connection to use popular music streaming sites like Pandora.

Inside the next half dozen years, we'll likely see the CD player no longer available as a standard option for automobiles, relegated instead to the after-market. Research firm Stratacom agrees, predicting that this will happen by 2018.

John Goreham wrote on May 20, 2012 - 7:40pm Permalink
I say make the double din slot required by law. Infotainment systems would drop in price by 80% overnight. Our phones have more functionality than anything rolling out of a car plant.
Aaron Turpen wrote on May 20, 2012 - 8:57pm Permalink
If government is the answer, it was a stupid question. :)