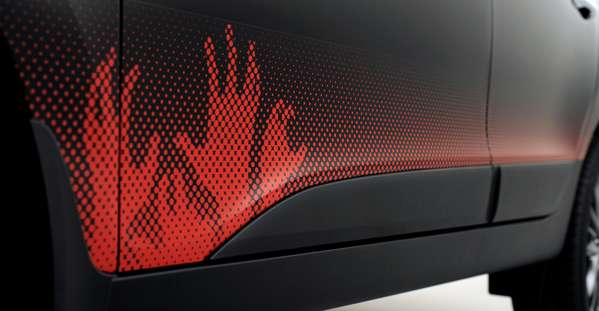 Where Should the Genesis Coupe be a Star?

Hyundai is out with the news that a limited edition "Walking Dead" Hyundai Tucson is now available at dealers nationwide. That begs the question: what show should star the Hyundai Genesis Coupe?
Advertisement

A Hyundai press release waxes enthusiastically, "This limited-production special edition captures all the iconic trappings from the hit series, sure to satiate its most dedicated fans with an exclusive graphics package, badging, floor and cargo mats, and even a backpack-style zombie survival kit."

The Walking Dead, in case you don't know, is a hit Zombie-themed show on AMC that Hyundai has a long association with dating back to 2011 when we first reported on it. Hyundai marketing chief Steve Shannon has made only one blunder in his career and that was turning down the opportunity to be a guest Zombie on the show.

Anyway, because it's a beautiful day here in the Northeast and I'd rather be outside playing with the kids, I just thought the Hyundai Genesis coupe deserves its version of the Tucson Walking Dead special edition. In other words, I didn't feel like delving deep into technical writing so I decided to go all BuzzFeed today.

For me, the first show that comes to mind is "Knight Rider." Does that mean I equate the Genesis coupe with bad singing and the Pontiac Trans Am? What does that say about me?

My problem is I don’t watch a lot of network TV. I'm not a snob or anything. I just have two kids who watch a lot of Netflix. If we were talking about sitcoms, would "Mike & Molly" work? I used to tip the scales at 350 lbs. (and then some) and I liked driving the Genesis coupe.

But then again, maybe that's not the right demographic Hyundai is seeking. After all, it is heavily invested in the World Cup and the PGA Tour. Maybe I should pitch a show to Hollywood about a soccer-mad, PGA golfer who kills Zombies as he travels the country in his Genesis coupe. I don't know if it stands a chance of getting produced but I know who's buying commercials if it does.