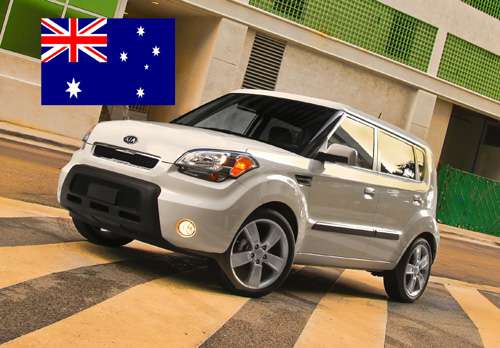 Test Drive a Kia and Go to Australia

If you are planning on shopping for a new Kia, you might just want to practice saying that. No, Australia's Holden hasn't become part of Kia. Instead, customers in 24 countries will be selected through local test drives & special showroom visit events to enjoy an all-expenses paid trip to Melbourne for the Australian Open Jan. 17-30, 2011.
Advertisement

Win a Trip to the Australian Open when test driving Kia

The Australian Open is tennis' first major of the year. Kia has been a sponsor since 2002, so it's only fitting it would want to do something for its 10th year of sponsorship. To win, you have to go to Kia's Facebook page. Or you could just read the following paragraph and save yourself a click of the old mouse.

Did you notice one glaring omission on that list? You're out of luck if you live in Korea, which is where Kia is based. Apparently, Mexico and Canada don't count either. Maybe those countries have an aversion to hamsters driving Kia Souls?

It's an interesting promotion because, at least in the U.S., Kia is having a fantastic sales year. Kia Motors America (KMA) announced sales of 31,199 vehicles in October, a 38.7-percent increase over the same period last year and an all-time sales record for the month of October. KMA's year-to-date sales are up 14.6 percent over 2009, and the company is well positioned to achieve its 16th consecutive year of market share growth. The October sales record is KMA's third in the past four months – and seventh overall in 2010.

Click here for more information on the Australian Open (just in case you win the prize).