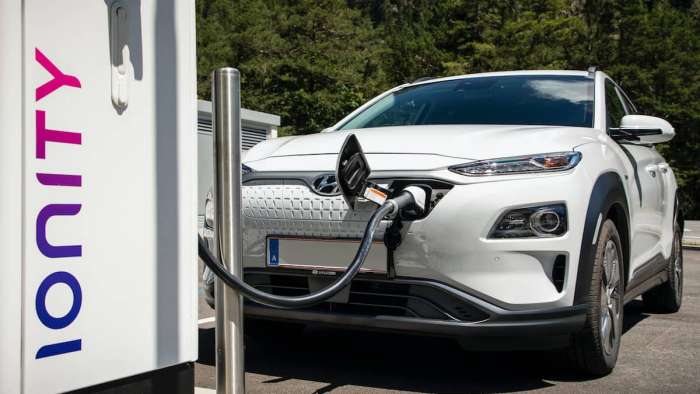 Hyundai takes a major step in EV charging with its European partner IONITY. While Tesla has more charging stations on the Continent, IONITY offers the more powerful 350 kW charging that Tesla aspires to for its models. Hyundai needs to follow this blueprint to be successful with the launch of the IONIQ EV brand in 2021 in the U.S.
Advertisement

Hyundai Motor Group has joined IONITY, Europe's leading high-power charging network. Now it needs to come up with a similar partnership for its IONIQ EV brand to be successful in the United States against the Tesla supercharger network.

IONITY makes long distance travel with electric vehicles the new normal in Europe with 282 charging stations as of the third quarter of 2020. A 2021 BMW iX3 (which eventually comes to the U.S.) in one European review was charged to 80% in 34 minutes. That makes the two systems comparable.

No specific plans have been announced for the United States but the charging station numbers are going to have to be big. In the United States, Tesla has over 900 supercharging locations that can refill your batteries in 30 minutes. 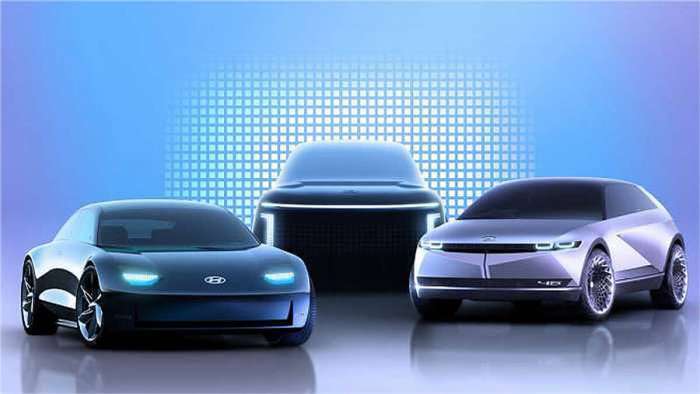 Torque News correspondent Kevin Meyn wrote an in-depth look at the new IONIQ brand coming in the first quarter of 2021. Hyundai’s primary goal is to be a top EV provider globally. Hyundai aims to sell 1 million EVs and obtain 10% of the global EV market by 2025. This achievement will put Hyundai in line to become the world's third-largest automaker for EVs by 2025.

IONITY builds and operates a high-power charging network along Europe's highways, using state-of-the-art technology with a charging capacity of up to 350 kW. By doing so drivers of current and future generations of electric vehicles - using the leading European charging standard CCS (Combined Charging System) - benefit from maximum charging speeds while taking a break. Every IONITY charging station consists of an average of four charging points.

That 350 kW charging capacity is important. Tesla has dropped hints it is looking at 350KW charging for its vehicles. This will bring Teslas on par with Lucid Air and Hummer EV.

In a recent earnings call, Jerome Guillen, Tesla’s president of automotive, let slip that Tesla is looking at 350 kW charging for its cars. He didn’t elaborate on which cars Tesla was looking to increase the supercharging speed. But, it will likely be rolled out on vehicles that will sport Tesla’s next-generation plaid powertrain. These include the Model S, X, Cybertruck, and Roadster.

One huge selling point for IONITY? All IONITY chargers deliver 100% renewable energy for both emission-free and carbon neutral driving. That could be a major selling point if a similar network is established in the U.S.

IONITY was founded in 2017 and is a joint venture by BMW Group, Mercedes Benz AG, Ford Motor Company, Hyundai Motor Group and the Volkswagen Group with Audi and Porsche