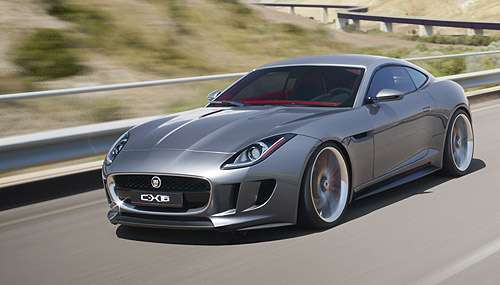 Jaguar has released extensive details on the hot new concept ‘One plus One’ Jaguar C-X16 that will be unveiled at the 2011 Frankfurt Auto Show that opens to the media on Sept. 13.
Advertisement

The Jaguar C-X16, if it goes into production, could be among the most powerful hybrids on the road with a supercharged 3.0-liter V6 producing 375 horsepower (280kW) and 332 lb-ft of torque and an experimental high-performance hybrid system that kicks up the power by 94 horsepower (70kW) and 173 lb-ft (235 Nm).

One of the most intriguing details released by Jaguar is the C-X16 will have a "Push-to-Pass" feature inspired by the Formula 1 Kinetic Energy Recovery System (KERS) system. The Push to Pass feature, which honestly sounds like a hoot, will be highlighted by a dashboard display graphic that tells you when the electric motor's additional boost can be kicked on. Thanks to the electric motor there won't be a lag like you get from a turbocharged engine. The extra 94 horsepower and 173 lb. ft. of torque is going to kick in for a full 10 seconds of power. The hybrid system will keep recharging so the driver will be able to tap that button as often as possible.

As previously reported, the Jaguar C-X16 is going to be a beautiful beast. As TorqueNews.com managing editor Patrick Rall reported on Aug. 17, Ian Callum, Design Director for Jaguar offered this comment about the upcoming new model: "Great Jaguar cars have always been beautiful, innovative and have looked firmly to the future. The finished C-X16 concept has the potential to do these things while retaining the ability to surprise, excite and invigorate."

Unlike German sedans that limit their engines to a top speed of 155 mph (or about 250 kilometers per hour), the only limit on the Jaguar C-X16 is the power of its engine. It has a top speed of 186 mph – more than 2.5 times the top speed of most American highways.

The Jaguar C-X16 concept also borrows from the Jaguar XF sports sedan with Intelligent Start/Stop. It can shut down the engine in 300 milliseconds when the cars come to rest. It uses a Twin Solenoid Starter that is capable of restarting it in the time it takes the driver’s foot to travel from the brake to the accelerator.

The C-X16 will have a lightweight aluminum chassis for weight reduction. Further weight reduction comes via composite seats stiffened with a carbon-fiber central spine. One can only imagine how stiff the ride will be on this Jaguar when the rubber hits the road. Speaking of stiff, the C-X16 has improved torsional rigidity thanks to the aluminum construction for sharper responses.

Jaguar C-X16 was inspired by the C-X75 supercar concept that was introduced in 2010. It explores future performance hybrid options for Jaguar.

Los Angeles Jag... wrote on October 18, 2011 - 11:27pm Permalink
That's very revolutionary from Jaguar to combine a hybrid with immense power and performance. Most people associate hybrid with slower cars and drivers but this CX-X16 is going to push all boundaries.