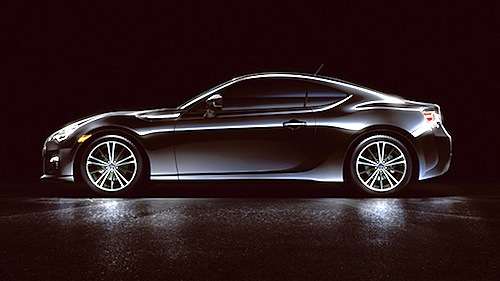 Subaru is a fascinating company that produces highly enduring cars that are thoroughly raced, have a strong following and yet still flies under the radar of most.
Advertisement

Subaru started their car life after they realized their flat opposing piston airplane motor configuration offered a great way to lower the center of gravity of a car, while giving the engine a quick and high revving factor. Known for their flat four and sixes, the boxer engines help keep the cars lower and even allow for higher ground clearance, perfect for off-road racing. While Subaru has a fierce and loyal following, it still lags behind in sales and barely registers on the radar bleep for most. In fact, the serious foothold it has found in the US is in mountainous regions where four-wheel drive and reliability is a necessity. It has a small but loyal and fierce following, which the Consumer Report rating could now propel to the limelight.

What You Might Not Know. Winning top carmaker honors at the coveted Consumer Report couldn’t have come in at a better time for the company. Introducing its BRZ a few months ago, the company took a wild leap of faith with its first rear-wheel drive, 2 liter front engine going back to something sorely lacking in the current crop of modern cars, a fun somewhat sporty car to drive. And according to the first test drives, the BRZ doesn’t fail to satisfy. Nonetheless, one number captures it all for me, 98% of Subaru ever made are still on the road today, period.

Subaru’s Famous Racing Career. One thing we might not know Subaru for the most in the US is its stellar international racing career. It’s four-wheel drive configuration and sturdy underpinning has made it a constant up and coming winner in the early years and a force to be reckoned within the international world of rally racing. The tried and tested technology on dirt roads has made its way into their everyday car, making it one of the most car reliable currently available. So when Subaru went to Toyota for a concept they had, we wondered how would they differentiate its BZR from Toyota’s version? Subaru does what it does best, simply enough by slapping on a big turbo, putting big wings on it and going racing in the Japanese Super GT.

Consumer Report’s High Colors. Why Consumer Report’s awards means a lot to the company and good news for you is that CR rates products according to the best bang for your buck. In other words, a more expensive car with the same performance will not rank as well and neither will the opposite. Or to put it in clearer words still, Subaru offers you a solid car at an affordable price. By earning the top overall score in the magazine's report cards for 2012 out of 13 major automakers, Subaru strikes a very high note. CR’s survey is based on performance, comfort, utility, and reliability, something the company is well known for. What this also means is that Subaru struck higher ratings than the other bigger carmakers, Toyota, Honda and Nissan. Will it surprise you to guess who was number 2? Also another smaller carmaker, Mazda.

Design Will Win You Over Or Leave You Feeling Blah. Still, with all the qualities we can give Subaru, design hasn’t always been its strongest. While one year might captivate your interest, the obligatory next year face lift often leaves you feeling frustrated. It’s hard to latch on a brand’s design when it changes every year. Somehow, the 2011 and 2012 models struck a higher interest in consumers and the latest designs are more in line with what people come to expect.

What does this mean for us in the end? Often time it’s not the loudest, the biggest and the richer manufacturers that have the best cars. The smaller players eager to jump in the competition often have more to offer. In Subaru’s case, the choice makes sense. The company’s hidden, yet well-known reputation is built on a sturdy endurance, great reliability, fantastic performance and an all-around solid base for a great racer. It’s not very uncommon to see those 2.5 liters push over 300 hp. Subaru’s Consumer Report’s high ratings are finally give Cesar his due, that this little car maker has a lot to offer at a reasonable price.

Anonymous wrote on February 29, 2012 - 6:10pm Permalink
"Subaru is a fascinating company that produces highly enduring cars that are thoroughly raced, have a strong following and yet still flies under the radar of most." Except the BRZ is really a Toyota!
Dan the Man wrote on February 29, 2012 - 8:54pm Permalink
Okay Anonymous, you must be a troll because if anything, the BRZ is a Subaru. Subaru engineering, Toyota design. Don't bring a knife to a gunfight.
Nicolas Zart wrote on March 1, 2012 - 1:51pm Permalink
Actually it's a Subaru brain child. The company didn't have the funds to fully develop it on its own and went to Toyota for a joint venture. If you talk to the Subaru guys, they will tell you they benched over it most of the time. Toyota just threw in a few ideas, I believe were behind the rear-drive only but the brunt was Subaru. No, definitely when you will be behind the wheel, you feel a Toyota, you'll find a different and unique Subaru. Thanks for your comment! Nicolas
Anonymous wrote on March 1, 2012 - 2:24pm Permalink
actually the BRZ was engineered but Subaru, toyota mainly just did a bit of the design.
Sage G Forester wrote on February 29, 2012 - 8:01pm Permalink
Subaru cars are coherent. They're engineered to do everything good cars should. They're durable, reliable and typically good to drive because the steering, suspension, and brakes are friendly to the driver: when you drive them you feel secure that the car will do what you ask of it. Subaru cars strike a wonderful balance that makes them good value, with high levels of comfort and performance at a reasonable price, and features that exude practical luxury. The top German makers turn out marvelous cars. But you pay for their extreme engineering both when you buy one and when you fix it a few miles down the road. Subaru come mighty close in performance and handily bests the German cars reliability and running costs. I'm on my second Subie. My first was far from worn out when I turned it in, but the newer models had become so much more refined, quieter and smoother, that I was moved to buy another one.
Nicolas Zart wrote on March 1, 2012 - 2:10pm Permalink
I agree with you Sage, when it came time to retire our Alfa Romeo Milano for my wife's daily drive, we didn't know what modern car would do. Design wise, modern cars leave us feeling blah. The driving experience is not fun with most current cars until we drove a 2002 WRX and felt it was an all around good car. It's very stable, fun, sure footed, has enough oomph to get out of trouble, very tough, very reliable and yes, sure gives Beemers and Audis a run for their money. But that's the whole logic of the sleeper cars. They best the loudest and more expensive ones over and over again. Plus, you get to drive a car that's not at every street corner. It's a winner in any way you look at it. And Subaru has worked hard cutting down fuel consumption. It's an all around great car. Thanks for the comment, Nicolas