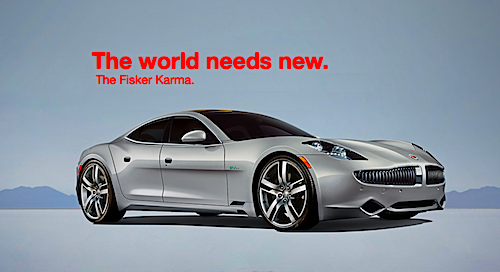 Why Should Electric Car Make Noise Or Not

I don’t mind a car that makes noise, as long as I can control the noise, record what I want and muffle it if needs be. Having said this, how do we set a warning system that works for both handicapped people and other cars?

There Are More Solutions Than Obstacles. If we can send three men around the moon and two on it, then think what we can do now and what we have barely started with the electric drivetrain. One thing our society is geared towards is conveniency and an endless string of rules, often time contradicting themselves. One such polemic is how quiet are electric cars. Sure this might seem like a strange one coming from the loud world of gasoline engines, but the lack of noise can be in certain cases a problem to some.

When The Government Weighs In. As usual, if nothing gets done, eventually the government steps in and decisions are made, not necessarily business savvy. In this case, the Obama administration is pushing for what it calls its "quiet cars" law to help impaired pedestrians avoid contact with an electric vehicle or other silent vehicle. However in this case, the proposed result in warning sounds are considered much too loud by the automobile industry.

Who’s Fault Is It? To this question, we must again take a step back and see the bigger picture. The electric car is here to stay, we can assume that much with facts and figures. But one thing that has become a growing concern over the past decades our society’s slow abandonment and lost of reason in many aspects of life. In other words, we expect more than we put out and this is a dangerous part of a growing civilization. Should we train people to beware anytime they are near a street or the whereabouts of moving obstacles? Of course. Should the areas where those vehicles operate be clearly designated? Yes, of course. But should it be loud and negate one of the most positive aspect of driving an electric car? Huh, no.

If you haven’t driven an electric car yet, the point might be harder to make since direct experience is always better than wordy explanations but in a nutshell, your first electric car drive reveals how torquey the electric motor is. If you are lucky enough to go into a performance electric car, then it’s like going from a quaint Disney Dumbo ride, to an upside down, electrically catapulted latest roller coaster technology. And the ridiculous notion that an electric motor, or other such nonsense, unproven wrong cliches turn out to be almost amusing. What are people scared of after all? Competition? Another choice of energy for cars? What is it?

Any moving vehicle, whether it be a car, motorcycle, airplane, train, or anything moving that can injure a human being should have some sort of announcement system, especially considering impaired people. A discussion I had years ago with Paul Scott, one of the founding member of Plug-In America was that it’s easy to get a little MP3 players, slide it under the hood and prerecord your message, such as: “Be careful I’m an electric car and I make very little noise!” Or the more to the point: “Move out of the road you dingbat!” All jokes aside, one car company that has struck an intelligent middle ground is Fisker Automotive with the futuristic sound of its Karma at low speeds.

As long as we can choose what sound and if how loud it can be, then it’s a good step forward. How loud do you think electric cars should be?

Anonymous wrote on March 20, 2013 - 6:00pm Permalink
They should make no noise. The whole concept is silly. If you can show a study describing how hybrids have a higher rate of hitting pedestrians the revisit the subject but until then. Shusssssh!
Nicolas Zart wrote on March 21, 2013 - 2:01pm Permalink
I agree, or at least some sort of collision system but making noise? Not a great idea. The problem is we have a wave of people less and less responsible that will become a problem, at one point or another. These people are generally unaware of the space they occupy, sidewalk or roads, parking lots, etc. We need to educate people also.
John Goreham wrote on March 20, 2013 - 8:57pm Permalink
I think they should have to sing the song from the kid's show Barney. "I love you, you love me, we're a happy..." Kidding aside, having almost stepped right into the path of bikers on walks, maybe there is something to the idea tha a silent car can be an unexpected danger.
Nicolas Zart wrote on March 21, 2013 - 2:02pm Permalink
I think we should be able to record different messages from gentle be careful to what in the world are you doing near a road??? : )
Aaron Turpen wrote on March 22, 2013 - 8:51am Permalink
All cars make one universal noise: tires on pavement. Our Honda Civic's gas engine is almost inaudible unless it's being revved. Electric cars make a noise when they're revved too. The whole idea of requiring sound is just ludicrous.
Nicolas Zart wrote on March 25, 2013 - 3:36pm Permalink
I think in general 75% of car noise is generated by tires.