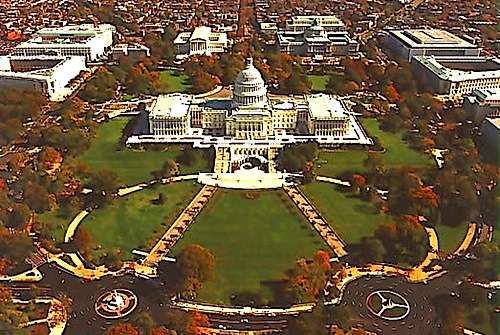 Which Politicians Drive Electric And Plug-In Vehicles In Washington DC

Politicians are not known to talk the talk and walk the walk at the same time. It might surprise you that only 3 politicians in Washington DC actually have plug-in cars.
Advertisement

Unfortunately, we are all to cynically accustom to seeing politicians say one thing and do quite the opposite. With the limited amount of accountability these representatives are held up to, it makes no wonder to discover only three politicians in Washington DC own a plug-in car. What was interesting was that not all of them were Democrats, as current logic and fashion would dictate.

Juan Barnett, at DCAutoGeek and the Electric Drive Transportation Association, EDTA have so far only found three politicians using some sort of plug-in car, via GreenCarReport. One Republican and two Democrats are helping to make the stereotype moot. Perhaps, what is more striking is to see those who hail the electric drive do not, at least as far as we know put their money where their mouths are. Surprised?

The Washington D.C. Green Belt. Those who made it to the electric car, EV and hybrid, HEV podium were Republican Senator Lamar Alexander from Tennessee, Representative Janice Hahn from California and Democrat Senator Carl Levin of Michigan. Senator Alexander drove a Toyota Prius converted to a plug-in hybrid, PHEV with a A123 battery pack for 2 years. He now has an all-electric Nissan Leaf in an apartment nearby the Capitol that he plugs in at night. He has not bought any gas since January. Congratulation Senator Alexander for showing the sterile Democrat versus Republican debate around electric cars is pointless and that you are contributing to keeping our energy at home.

Re. Hahn stated that she drives an all-electric Nissan Leaf. Rep. She supported S.739, the bill to allow electric-car chargers to be installed in the Senate garage at no cost to taxpayers. She was one of only two members of Congress to own and drive an electric vehicle. Sen. Lewin owns a Chevrolet Volt didn’t want taxpayers to subsidize the cost of his or anyone else’s use of electricity to power these vehicles.

In a particularly low-brow presidential election year where the standard for mud-slinging has hit an even lower level than last election, it’s good to see some politicians doing their part, albeit a small one. Astute readers will note that the Michigan representative drives a locally made Chevy Volt, while the Tennessee Senator drives a car that will be made in his state.

Does that seem insincere? Maybe somewhat. After all, human nature is what it is and a politician can’t pass the opportunity to collect votes. This shows there is a small growing number of politicians that do drive cars that keep some, if not all of our energy on our soil.