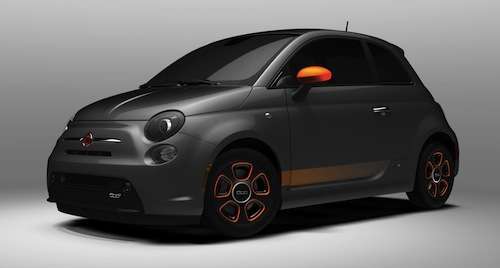 What Was Behind The Fiat/Chrysler Electric 500

The Fiat 500e almost looks like a me-too car from the Chrysler/Fiat venture. I had an interesting talk with the Chrysler team.
Advertisement

These days, almost any who’s who of the automobile world has to have some sort of electric car, EV, a plug-in hybrid, PHEV in the works or at the very least, a hybrid. strangely neither Chrysler, not Fiat have hybrids, at least here in the US. So Fiat’s unveiling of the 500e, its first electric car is a splash in the pond, bypassing the habitual hybrid first, then PHEV then finally an EV. Fiat decided to come out with an electric car before it worked with simple hybrids. But why?

Dodge EV And Chrysler ENVI. In order to understand why Fiat went ahead with such an audacious project, we need to go back in time, back to 2008. This is the year of extinction, if you recall all car manufacturers were caught with their pants down without any real vehicles customers wanted to buy in the middle of this recession. In fact, they had been more active throughout the past few decades suing states that imposed tougher fuel efficiencies. Instead, they continued their merry way giving us heavier and heavier cars with engines that tried to do the impossible, give horsepower on as little fuel as they could.

Back in 2008 Dodge had a nice little prototype they were working on with the ENVI team. The car was no less than a Lotus Europa with an electric battery pack and motor. Sounds familiar? The Tesla Roadster is also based on the Lotus platform but was reworked a lot more. Although the cars were similar on paper, they were also very different. The Tesla is lighter with less horsepower, the Dodge EV was heavier with more power. Unfortunately, we never saw both of them raced together although there were splendid videos on YouTube showing the Dodge EV virtually smoking Chrysler’s best of the breed, a Viper from a standstill. Unfortunately, nothing ever happened and Dodge spiraled down as Chrysler tried to find its way out of insolvency.

Fiat To The Rescue. The marriage that had many puzzled was Fiat coming to the rescue of Chrysler. For us electric car lovers the question was if Fiat was going to see the potential in the Dodge EV and go ahead with it. Unfortunately, it never did. In fact Marchionne showed no interested in it and sees no feasible application for an electric car in any of his portfolios. To give Marchionne credit, he was also at the same time helping Fiat come out of its own spiral out of oblivion. And at that, Marchionne has done a good job.

The Fiat 500e. Four years later, we have an electric car, not from Chrysler and Dodge but from Fiat. To make things even more interesting, this is not just any electric Fiat, it’s the iconic 500. So why did Fiat choose a 500 instead of reworked Lotus? According to my talks with the Chrysler guys, the Fiat 500e was really their push. Marchionne was not onboard and probably only reluctantly agreed to it in order to meet the stringent Californian fuel standards. To complicate things further, the electrification of the Fiat 500 was originally a project from an English company called Nice in 2008. The Fiat 500e has a long and convoluted past. Behind it are Chrysler’s original ENVI team who pushed the idea.

So why did Fiat use a 500 and not let Dodge continue its work on the Lotus platform? The answer is probably simple, it’s easier to work on a car you already own than to use another. Although, in the case of Alfa Romeo and more to the point the 4C, the platform was designed outside the Fiat/Alfa Romeo studios, so it has been done before and could have been used for this instance.

The 500 is an interesting choice for an electrification. While it won’t rival the Abarth, nor is it intended to, it does give this carefree Riviera lifestyle feeling for eager Urbanites and city dwellers wanting to sooth their eco-conscious minds while having a cool looking car. In the end, whether the Fiat 500e is a Chrysler ENVI brain child or a Nice prototype turned mainstream is irrelevant, we like it the way it is.