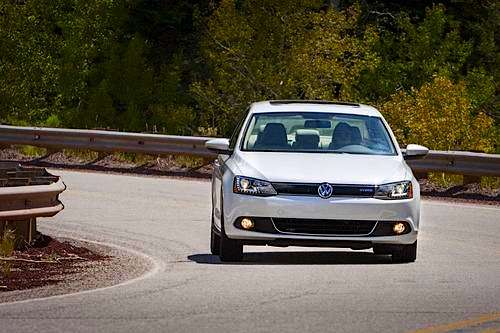 VW Jetta Hybrid is finding its niche market. A drive in it should woo some diesel lover away to hybrid.
Advertisement

It’s hard to put the new Jetta Hybrid on the radar map of VW. Yes, it’s a Jetta and certainly handles like one. Yes, it’s a VW but it has something we never expect from them, it’s not a diesel engine but a hybrid platform inside. Has the world gone crazy? Have the Germans turned away from diesel and hydrogen? At that, it would seem to be yes and no. VW might seem to have left its cherished diesel motors to offer what everyone seems to want these days, a hybrid.

Hybrid A La VW. Give VW its due, it takes a lot to walk away from a technology you’ve poured million into refining it, to give us the opposite. From diesel to hybrid, so did VW take the leap with its Jetta Hybrid. Now on paper, the Jetta Hybrid looks great. VW took its time bringing it out to the market and the results are very promising. I drove it around for a while and for all intent and purposes, it is a VW. It handles like a regular Jetta, it feels like one and behaves as such. The only difference is that it comes with a certain peace of mind in traffic. The engine turns off at a full stop and you can start off again on electricity alone. This hybrid can shortly act as an EV.

Price And Market Segment. This is probably the most interesting part about how VW is approaching its particular market segment. As much as VW wants to push the fruits of its diesel results, it has to offer a hybrid, as almost every other mainstream manufacturers do these days. The hybrid is in a different league than its other cars. As I wrote back in October 5; VW Announces The 2013 Jetta Hybrid Price.

The Jetta goes on sale at a reasonably priced $25,000 and upward but the market segment is what intrigued me. The representatives at VW were very sure of their diesel clientele but seem to grapple with the hybrid gang.

The Drive. There is nothing to fault the Jetta with. It drives exactly like what you would expect. It corners fairly well but the added feature of hybrid and stop and start engine technology gives this car another dimension. In “EV” mode, the car can cruise along for a few miles, as long as you don’t step on the accelerator. And this is probably where VW can win its greater market share by appealing to those who understand what VW stands but want something else than diesel. Those are the same people worried about petroleum’s incessant upward price. After all, driving a hybrid that allows you to drive on electricity alone, albeit for a small distance is enough to save money.

Plug-In Hybrid VW? Mum on this one, so far. It would make sense at some point to turn the Jetta Hybrid into a plug-in hybrid, PHEV but VW is not going there anytime soon. It took its time perfecting what it considers a good hybrid, and I can vouch for its driving. Offering a PHEV would take a few more years of convincing.

All in all, I can’t see how the Jetta Hybrid won’t lure a few undecided VW buyers. This car will go against the Lexus and other higher-end hybrids on the market. It can definitely handle its own as far as dynamics and drivability, the rest is to see how VW markets it. Nonetheless, VW has a great product with its Jetta Hybrid and the driving convinced me it has done its homework well.