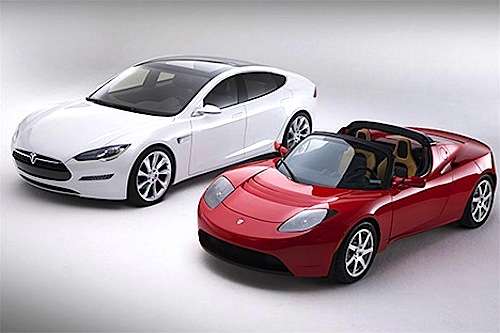 While much confusion seems to come from the exaggerated Tesla Motors news these past few weeks, one good thing is the company is repaying its loan earlier.
Advertisement

A few weeks ago, the news jumped on Tesla Motors, and especially Elon Musk telling Detroit that they had lost the game when it comes to electric cars. While this might just be another brash comment on Musk’s part, taunting Detroit is not a very positive thing to do and ultimately doesn’t do much to push electric cars out the door. You can read our original story here: Tesla Makes Fun Of Detroit.

Since then, Elon Musk explained the loan misunderstand in a blog post, as David Herron wrote about last week in his article:

This clarified the situation, which again proved to be greatly exaggerated and over-amplified in the mainstream news media.

Having said this, the last few weeks’ events have shown Tesla could have more cash reserve then it leads to believe. Indeed the Californian electric carmaker is making its first payment early by the end of this month instead of December. The Department of Energy, DoE will be paid back earlier on the $465 million loan, yes loan and not grant, the startup received to engineer and produce the Model S sedan. The DoE requested a faster repayment schedule by Oct. 31, which Tesla was quoted as being happy to oblige.

Tesla Pays On Time. In fact, according to Bill Gibbons, a DoE spokesman: “Tesla continues to make loan payments on time and in full” Aside from political manipulations, of which so far we have seen too many in this deplorable presidential election, these loans went to many companies, including Fisker Automotive, Ford and Nissan, create in 2008 by the last Bush administration. The round of loans was designed to help the U.S. better compete in the new market for highly fuel-efficient cars and trucks. It was only then that the current administration disbursed the funds and set an optimistic goal of having 1 million electric vehicles on U.S. roads by 2015.

What If Tomorrow Romney Is President? This is the white elephant in the room and many electric carmakers are wondering what would happen to the current buyer incentive programs and loans alternative energy companies receive. According to Musk, a Romney victory would have a minor impact, since he feels electric vehicles have gained such momentum.

With Goldman Sachs Group Inc. pumping $192.7 million in the electric car company, Tesla could receive up to $221.6 million if the underwriter exercises its option to purchase additional shares in full. This means these extra funds will act as “risk reduction” according to Elon Musk. In the meantime, Tesla strikes a high score by paying part of its Department of Energy loan two months early.

Brad Personti wrote on March 7, 2013 - 11:44pm Permalink
I just saw this: "I "plan" to date model Kate Upon... which pretty much means it is not going to happen. This is ultimate spin from Tesla because they screwed the pooch and nobody wants a Tesla, nobody wants Solar City panels and Space X rockets keep failing so Musk is freaking out and traded some BS warrants with DOE to make this cover-up announcement which means totally nothing. Nobody wants to be seen driving a Tesla, it is the most tainted car on earth and the poster car of corruption. What means something is that any real car company sells 100,000 cars of each model and usually 400,000, or more cars. Tesla has only sold a few hundred to its own investors as fake shill customers after a decade of trying and nearly a billion dollars of free tax money... Taxpayers should call their Senator today and demand to their elected representative that BILLIONAIRE Musk pay the money back NOW and get off the taxpayers teat. FAIL! FAIL! FAIL!
Nicolas Zart wrote on March 8, 2013 - 1:51pm Permalink
I know, I plan a lot also. This year, I want to plan not being able to make my tax plan and let the Government know. They will pay back and it will be alright.