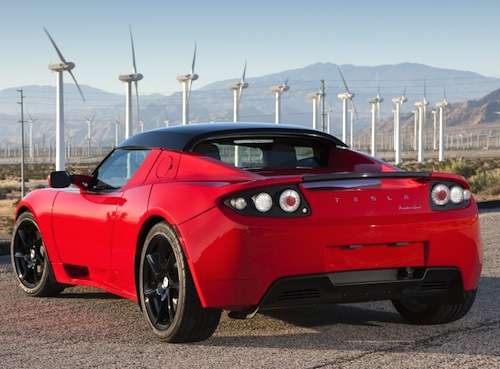 Tesla Motors has had a reputation of rich media headlights and Elon Musk is not known to mince his words. The latest Detroit stint and hints at its product shows a company eager to keep the momentum going.
Advertisement

Tesla Motors is a colorful company, to say the least. Reviled by some, worshiped by others, it’s equally colorful CEO, Elon Musk has graced the media with enough material to keep electrons and pens running for some time. As to be expected and predictably on time, after fairly good numbers form reservations and initial sales of its Model S, Tesla is beating the pavement and gets noticed once more.

Message To Detroit. “You’ve lost the game!”, that is the new message to Detroit coming out of Tesla Motors these days, according to one of the company’s high-profile investor who claimed the company is ahead of traditional automakers in the battle for electric-car supremacy. Supremacy? That is a difficult word to use these days, considering how it was key in creating this shaky economy.

More Bark Then Bite? According to Tim Draper, via Freep, the co-founder of Draper Fisher Jurvetson venture Capital, who owns substantial shares in the company, feels Tesla has what it takes to beat the Detroit Three. With its only ammunition of selling 5,000 Model S this year, ranging from $50,000 to about $110,000 that is a big and loud statement to make.

The Bright Future. Poster-child hero of the electric car, heralded by its incredible Roadster, the company has key elements to succeed. In essence, it uses readily available and mass-manufactured lithium-ion batteries, and in the case of the Roadster, the same as your laptops and cell phones. But if the roadmap can be clear to some, it is also murky to others. If the Roadster was a hit, the Model S should be the decisive coup for electric drivetrain fans. The electric sedan promises performance usually left to expensive German road machines. The Model X based on the same chassis as the Model S, will appeal to SUV space lovers.

Next, What? And this is where Tesla speaks the loudest. An all-electric super sportscar at a reasonable price? A four-seater Roadster? A planned entry-level sedan by 2015 at around $30,000? Remember, Tesla’s original goal was to create a low-volume, high-end sports car to fund more affordable models, something that has been dangling on Tesla executives’ mouths for years.

Tesla finances are on more stable grounds these days then even some mainstream car manufacturers. Out of its $465 million DoE loan it received in 2009, its annual report shows only $364 million was used to develop and produce the Model S. That leaves the company with extra cash to start the next step, maybe finally that low-entry electric car.

Needless to say, Elon Musk knows how to keep the energy buzzing around. The Model S was well received by the media and the down payments show serious interest. But are we getting a wee bit tired of the company poking fun at Detroit and giving us such extensive roadmaps? One thing is for sure. Tesla Motors survived the initial bumpy years and now needs to sell its Model S, work on its next Model X, while the rest is nothing but speculation at this point.