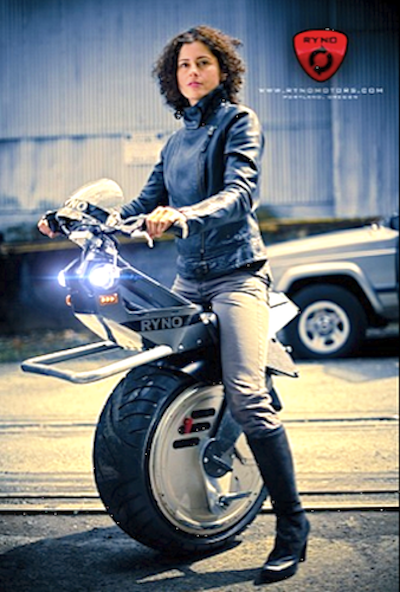 One, two and three-wheeled electric bikes that will rock your world

Electric bikes have found a lasting success and continuous to grow a wide variety of choice. You now not only have plenty to choose from to meet your needs but also have plenty of opportunities to do it yourself with kits to build your electric assisted bicycle.
Advertisement

2 Electric Wheelers. After my last electric bike article on the EH Line electric performance bicycle, the news of new electric bikes keeps on pouring in. Specialized has just announced its new Turbo electric bicycle after three years in development, which it claims to be the fastest e-bike ever made.

Technically Speaking. Specialized’s Turbo's top speed with its electric motor on is 28 mph which makes it closer to a Neighborhood Electric Vehicle, NEV than anything. It uses a 250-watt Specialized Turbo Direct Drive rear hub motor, a 432Wh lithium-ion battery mounted in the down tube that can be recharged in about 2 hours. It also sports a wireless control unit mounted on the handlebar to work the bike’s integrated LED head and tail lights. From there, you will be able to check battery level, amongst other things. A flip switch activates the rear brake, which can be used to recharge the battery pack with regenerative braking. Both the front and rear hydraulic disc brakes are from Magura and made of carbon fiber. The frame is a custom alloy but no word yet on the total weight, nor on the price. A limited number of the e-bike should go on sale in May but with that speed, I don’t see how it could be legal in the US.

3 Electric Wheelers. Tricycles are not known for their stability or the backbone friendliness. However, using a two-at-the-back, one-at the-front wheel configuration, Adiva, a London-based electric bike manufacturer is planning to introduce tilting bike with their Veliac Three. The electric tricycle uses an innovative mechanism that should help maneuvering corners and curves.

Technically Speaking. Using a 250-watt brushless hub motor powered by a 36V lithium-ion battery pack, the motor sports 3 drive modes. It can carry up to 308 lb and should cost around $2,400.

The Veliac Three has an innovative torsion bar running down its length. This gives it the ability to lean all three wheels independently while maintaining rigidity. The company aims to solve the handling problems of tricycles by using a tilting mechanism that offers a smoother ride. With a static rear, a basket can be placed on it and stay level. There is one neat idea the company tossed in, the torsion bar can be locked to keep the frame tight.

Another 3 wheel titling wonder is the Sway Motorsports who unveiled a prototype of a tilting three-wheel electric scooter. Designed by IDEO toy-designer Joe Wilcox, whose prior experience goes back to NASA's Johnson Space Center and MIT on various space projects which give him a certain edge.

Technically Speaking. The prototype uses a 60V, 20-Ah lithium iron phosphate battery pack, giving a range of around 10 miles. But the good news is that Sway Motorsports intends the final version to sports a 60-Ah pack in order to achieve 30 miles. Driven by a 3,500 W hub motor in the Sway's rear wheel, this 230 lb scooter has a top speed of 40 mph. It measures 52 x 35 x 40” with 3 10” diameter wheels.

Where Wilcos flexed his designing muscles is in placing the battery pack in the wing-foot platform of the trike making them hang away from the tilting mass while keeping the center of gravity as low as possible. No word yet on price, nor delivery. See the video below.

1 Electric Wheel! Finally a few years back, I wrote about the eye-catching eRingo, One Wheel EV, proving they can actually work. Not too long ago I also wrote about another equally interesting electric one-wheeler called the RYNO.

So there you go. Plenty of choice and we haven’t even scratched the surface when it comes to do it yourself e-bike kits. In the meantime, electric bicycles continue to evolve and have found a niche for people who need the extra help but don’t want to sacrifice the exercise part.

Patrick wrote on April 19, 2015 - 1:36pm Permalink
how much is the one wheeler scooter
Swagtron wrote on August 4, 2017 - 1:14pm Permalink
Electric bikes are not a new fad but they are definitely becoming more and more popular! They are useful for riding around the city, this is great to reduce our carbon footprint!
reginald foreman wrote on July 24, 2020 - 4:36pm Permalink
I m very interested in this item.