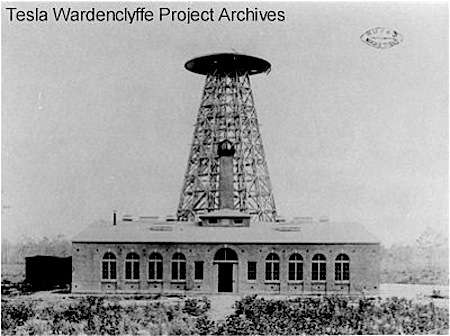 The Next Step After Battery Electric Cars

In order to answer this multi-trillion dollar question, researchers, companies and engineers could turn to history. One of the most enigmatic characters of our past, still shrouded in thick mystery, who has lent his name to a new car company might give us a clue, Nikola Tesla.
Advertisement

It’s All About EMFs. There is, technically a world of free and abundant energy source out there. While solar energy taps into this idea, it requires solar panels. However thus far, they cannot power an electric car operated solely on batteries. So what else is there? How about this abundant electromagnetic field energy, EMF source that permeates everything around us?

Star Trek Era Propulsion. Before we jump to the really next logical propulsion system a la Star Trek, matter/anti-matter, we might dabble first with something a little more mundane and plenty available, EMFs. Roughly put, an EMF is a physical field produced by moving electrically charged objects, such as a charged electric wire. While it affects the behavior of charged objects in the vicinity of its field, it extends indefinitely throughout space and interacts with other objects.

Nikola Tesla. Nikola Tesla, whose 156th birthday was celebrated earlier this month might have made an wirelessly charged and operated electric car way back in 1931. But here’s the interesting point, theoretically it used no batteries, save for the onboard 12 Volt one. Of course, you can imagine how the petroleum companies would have felt about this, and all was quickly forgotten. It would seem, Dr. Tesla converted a Pierce Arrow with an AC electric motor and slapped on a 6 ft antenna behind the car. Using a “receiver” built from scratch in his bedroom with 12 special tubes no bigger than a radio, it was mounted inside the dashboard. He then proceeded to give the key to its owner who witnessed the car move quietly on its own.

Separating Facts From Fiction. Of course, all of this is hearsay and any patents or research from Nikola Tesla’s labs have long been buried. However, Tesla did build the famous Wardenclyffe Tower that was used to test the broadcast of electricity as EM waves through the air. It worked so well that he felt, when perfected it would allow electric cars to operate remotely and wireless without onboard batteries.

While this might be literally stretching the idea of the current wireless charging systems of batteries, it does have practicality, at least on paper.

So could an electric car without battery run with a Wardenclyffe tour system? If we take into consideration current wireless charging systems and the fact that generators and electric motors are nothing more but electron pumps, the idea of remotely exciting electrons to move inside a motor is not that far fetched. Nikola Tesla probably saw the theoretical in wireless long-range induction system for an electric car that would somewhat replace the need for heavy electric batteries.

Anonymous wrote on July 17, 2012 - 5:42pm Permalink
This should be researched more, the idea is sound and i could definately see the petroleum companies burying it like they do anything that might effect their profits, even now a petroleum powered vehicles efficiency is only a fraction of what it could/should be, and you can have horsepower with mileage! My bet is tessla was right on track! Wish i had the means to research this and many other things myself!
Bruce wrote on July 17, 2012 - 10:55pm Permalink
Sounds dubious. It is likely that the damaging effects of cel phone radiation will become more even clearly recognized over time than they are now. Imagine how much stronger the electromagnetic fields would have to be to remotely power a car! Would you subject yourself to those fields? Not me!
Nicolas Zart wrote on July 18, 2012 - 12:44pm Permalink
Hi Bruce, yes that is the elephant in the room. What are the long term effect of EMFs? While I'm sure a few scientists know and understand that very well, you have a hungry sector of businesses that would rather turn a profit on it. Nonetheless, there are ways of shielding a body from such radiations. Hey, pretty soon we'll all live in bubbles!
Nicolas Zart wrote on July 18, 2012 - 12:41pm Permalink
It is being researched, but there is also a lot of bunk as well as a lot of misinformation, both unintential and intentional. It will find applications as the technology gets released more and more. Just think of wireless charging!
Anonymous wrote on August 2, 2012 - 3:45am Permalink
Tesla's Idea is nice but think of it this way. If energy is transmitted in such a fashion, then it has to be transmitted in all directions. Most of the energy would just dissapate into the air. Its basically an energy dump and has no practical application.
Nicolas Zart wrote on August 2, 2012 - 11:13am Permalink
Henceforth the correct channeling. I thought he was working on that toward the end of his life. The idea is to find many solutions until a few of them work. Tesla had an interesting start. Thanks, Nicolas