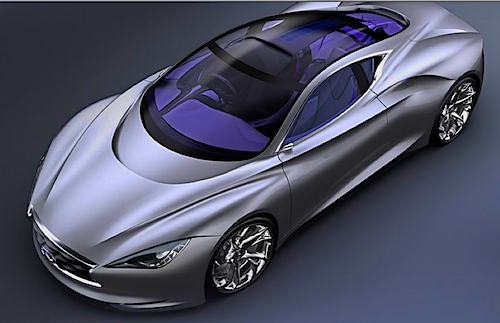 Lotus Is Becoming The Electric Car To Go Team

Lotus is quietly and strategically placing itself as the alternative energy carmaker today. While the Evora 414E certainly shows a lot of potential, the company hasn’t committed to building it on yet but rumors of Infiniti Emerg-E and Alpine Renault abound.
Advertisement

One of the most puzzling question is why hasn’t Lotus made an electric car, or at least a plug-in hybrid? They have everything going for them, the right philosophy of lightness and robustness, the right racing heritage and experience building light, fast and competitive cars for other makers. In fact, Lotus is no stranger working with different carmakers, having borrowed classic Renault gearboxes and engines to power its first road units. So why have they not given the obvious, a light electric car, EV or plug-in hybrid, PHEV?

They Have, And They Haven’t. Lotus is still playing coy when it comes to committing to building an electric car or plug-in hybrid. The prototype Lotus Evora 414E certainly packs interesting features and shows not only interest form the company but a realistic platform. When I questioned the team at EVS26 and sat in it, no one would confirm, nor deny its production. The reason could be simple. It’s better to design, produce and consult than to carry the burden of rolling out an alternative energy car.

Looking at the growing pains Tesla Motors went through, the continuing trials Fisker is enduring, it makes sense to consult and design, then to make. In a sense, Lotus has already delivered a stunning electric car by giving Tesla Motors the chassis for its Roadster. So what’s next?

Other Makers Join The Dance. With rumors that Lotus could build the Infiniti Emerg-E plug-in hybrid car concept, which is based on a Lotus chassis again, the picture becomes cleaner. And it’s not just Nissan who is asking Lotus to build its car, again Renault, long time Lotus partner is rumored to have its next and stunning Alpine Renault built by them.

In many ways, Lotus stands the best chances to become the alternative energy consulting car company. With their extensive racing history, having worked with makers form all over the world and having provided chassis for companies, it places itself as a strategic leader. Maybe Lotus is preparing itself to learn as much as possible until it puts out its very own plug-in hybrid and electric car.

Financial Uncertainties. Although no car companies are shielded from financial difficulties these days, Lotus has so far weathered the storms well. It has found different owners over the past decades but has managed a spectacular comeback. Purists will lament the bloated size of the Evora, preferring the smaller and zanier Elise, but so far the numbers are not too bad. In fact, the company’s new racing V8 shows Lotus is nothing but eager to succeed.

Certainly the Evora 414E is a good start and if the company continues like this, it will position itself as the to go to car consulting company for plug-in hybrids and electric cars.