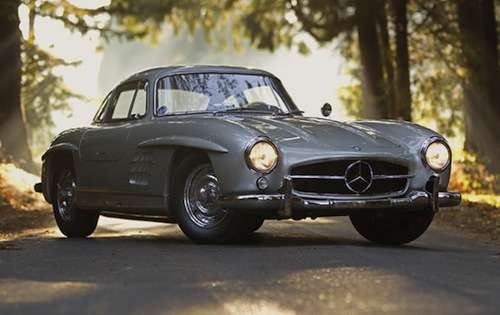 With 100% of cars sold in yesterday’s lot, the other surprise was beyond the wildest estimates. But wait, there's more.
Advertisement

Yesterday, Gooding and Company reported it sold 100% of the lots, totaling a staggering $18.9+ Million in sales for one day. Remember the 1955 Mercedes-Benz 300 SL Alloy Gullwing estimated then between $2,500,000 to 3,000,000 I mentioned a week ago? It sold for a very impressive, world-record breaking $4.62 Million, along with several other records.

Why did it fetch such a record? Before you start thinking your “garden variety” 300 SL Gullwing is worth that price, this particular model was number six built out of 29 aluminum-bodied. It had numerous competition features, as well as the original matching numbers chassis and engine. It came complete with Rudge wheels, belly pans and luggage. It underwent a recent major refurbishment (not restoration!) by Rudi Koniczek of Rudi & Co. and received a Kirkland Concours d’Elegance award, leaving this car to break all estimates.

The disappointment of the auction was the unique 1956 Ferrari 500 Testa Rossa we were all anticipating was withdrawn. The reason has not been made available but we can imagine it will be back at a later date.

Around The Block. There are noteworthy sales, amongst which, the steady progression of a once upon a time snubbed car, the 1970 Ferrari Dino 246 GT that reached $170,500. A few years ago, they were stable at around $140,000. Decades ago, they were in Limbo.

Recession Anyone? What recession? If the classic and collector car market has anything to tell us it’s that the current economic recession we are witnessing is a question of perception. While paying over $4 Million dollars for a rare Mercedes might seem like a lot, judging on past decade auctions, this same car could well be worth $10 Million in ten years.

However, a wise man will also remember the infamous collector car bubble of the late 1980s. This was a time when 1960s Ferrari GTO were all the rage, one even selling at a staggering over $60 Million, only to be resold 3 years later at around $3 Million… after the bubble burst, if memory serves. There is no bubble as such to speak of today, but a cautious car collector does the homework. In this case, I would also say, well sold.