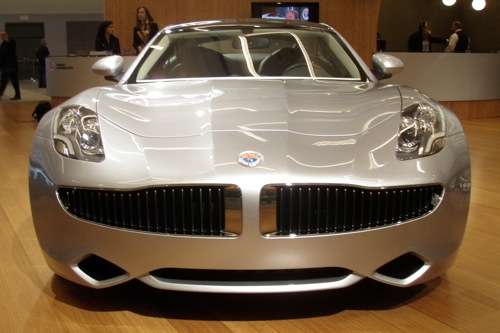 Electric car naysayers rally as consumer interest wanes... or is it?

After the party comes the harsh realization that things aren't quite what they are made up to be. But is this a reason to look away and go back to the way things were? Obviously, we can never go back. As always, enjoy the ride, keep your eyes on the future and go drive an electric car before you make up your mind. It is an inevitability...
Advertisement

It is safe to say this week hasn’t been the most favorable for electric car, EV. With news from Pikes Research, as you read here form fellow writer Frank Sherosky in this story, showing consumer interest trend dropping after the over-enthusiastic 2009 introduction of the EVs. While naysayers are jumping on the trend, it’s easy to get the wrong idea. But wait, there is more.

History, The Greatest Teacher. If history is to repeat itself, and it will, then we can see the dubious role played by carmakers’ marketing departments, notoriously heavy handed and rarely capable of continuing the momentum of their exuberant promises. 2009 was a year of uncertainty, fear and doubt (FUD) where the feared “R” word was surfacing. We were finally talking about a recession. People were scared, gas went up and many automakers played on FUD with so-called “range anxiety fear”. As a comic relief note, 80% of U.S. drives commute less than 40 miles a day, something even your basic EV can handle at a fraction of operating price than a conventional vehicle does. These claims and FUD would have to bite them where it would hurt most at one point or another, the bottom line. We all experience range anxiety, gas or electric… get over it.

Then And Now. Two years later, Auto Shows are not prominently displaying alternative energy prototypes as they used to, nor putting their EVs, plug-in hybrids, PHEV or even the more mind puzzling hydrogen drives front stage. If in 2009 all these vehicles proudly graced front center, it suddenly showed how every company somehow had been secretly working all along on alternative energy models. 2010 showed more muscle vehicles then the previous year, whereas 2009 relegated to the back scene big V8 pick up trucks and SUVs. They not only crept back in 2010 but by 2011, they were once again displayed next to more frugal smaller engine vehicles.

Pike Research Analysis, All's Normal. Pike Research shows the inevitable, that when you rile up people’s interest, it will wane if not sustained with concrete, measurable and affordable advances. The culprit here is more the over the top PR pitches and over the board marketing claims, coupled with FUD statements about the lack of electric plugs in the U.S. to recharge EVs. Building and sustaining economically a new alternative energy propulsion source takes time, something 2009 had little of in its panic mode. If price is a problem, then Mitusbishi’s “I” is the answer. It seats 5 people, has a range of 100 miles, and more and can be bought for as little as $16,500 after incentives, California’s included. If range is the problem, then Tesla Motor’s Roadster should handle that concern with 240 miles, let alone it’s upcoming Model S with 300.

In the end, it’s normal to see public interest wane in 2011. Gasoline prices went down and relieved the fear that gas will eventually run out. EcoBoost technology has shown that smaller engine properly turbocharged with the intelligent use of better technology rivals and even surpasses normally aspirated bigger blocks. Battery technology, the Achilles’ Heel of the alternative drive is still making great strides, far outpacing other technologies but it takes time. In fact, when I interviewed Ed Kjaer at Southern California Edison back in 2009, they were just finishing extensive lab tests proving lithium ion batteries running well north of 200,000 miles without noticeable degradation, something our internal combustion engine, ICE can’t seem to do… yet.

Conclusion. There are two things to take into consideration when reading the news today, besides, who is saying what, who does it serve and what direction are they moving public interest. First, what do we want to achieve as a whole, and then why are we heading in that particular direction? The first is that we need to achieve a more “sustainable” means to moving around with less pollution that is already gravely impacting our health and economy. Second, at one point or another, we need to set our eyes in one direction, or technology and make it work. Alternative energy, such as solar, hydro, wind and geo-thermal are the least polluting current solutions for our planet that makes the most sense. It isn’t obviously ready considering the billions over billions poured over a century to make petroleum and this very inefficient ICE system more or less work. Remember, on an average 66% of that gasoline in our tanks end up as wasted energy, while the price we pay for it ends up in far away countries with dubious ties to disruptive groups of ideologists. As a side note, the electric drive wastes as little as 2 to 8% of energy to drive the wheels. So if in 100 years we were able to make a 12L engine push 49 hp with the then current technology, to now easily make a 5L push 500 hp, can you imagine what we can do now with an electric motor and our current technology with the electric drive? It’s a case of patience, re-evaluating our true needs, weighing the pros and cons and walking a safe line without further endangering our communal health and economy.

Now let’s get to work. Watch out for lithium and other hybrid battery technology advances. Smart Grid will alleviate more fears of not enough electricity for EVs and PHEVs with intelligent load balancing. Alternative energy has already improved technology and price. All of this was done in less than ten years, far outpacing the research and advances to make petroleum and the ICE system more efficient over a century.