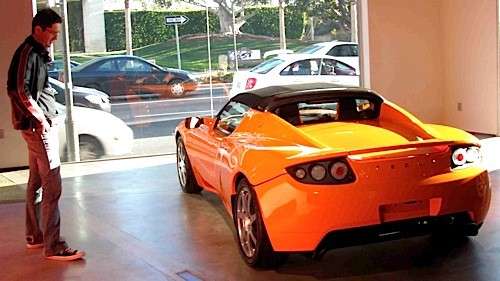 Despite the doom and gloom of recent news headline, sales of electric cars, EVs, hybrids and plug-in hybrids, PHEV are on track given the maturity of the this fairly new technology.
Advertisement

These last two weeks have been harsh on the developing EV market. Pike Research turned two interesting studies, one pointing to the obvious, see my article Electric Car Naysayers... Another shed more light as to the overall picture. If consumers are still too skittish to buy EVs, fleet aren’t and hybrid medium to heavy duty truck sales is poised for growth at a compounded annual rate of 63%, with sales approaching 300,000 vehicles between 2010 to 2015.

The gist is this is a fairly new technology pushed onto the hands of the public to adapt to an electric infrastructure not originally designed for fast charging. 110V household socket limits much. A step back into history shows the gas car didn't happen overnight and it would be not only foolish to imagine EVs will do.

First, There Were Horses. The horse carriage lovers screamed bloody murder when the dreaded steam machine came about. The rest is history. Steam machine lovers screamed abomination when the electric motor arrived. The rest is history. Now somewhere along the line, against all odds and logic, the internal combustion engine using petroleum arrived. It was no prizewinner in its infancy. A 12 liter engine would push as much as 24 hp over a century ago, today it pushes well north of 1000 hp. Had the petroleum companies not begged Ford and other early carmakers to abandon electric cars and place gas stations conveniently every so many miles, the electric car would have happily developed, as its gas counterpart did.

The point here is that gas cars, weren’t born gas sipping turbo direct and multi-air injection with electric and hydraulic valves and automatic timing adjustments, sophisticated gear box machines. These tweaks took decades to happen. On the flip side, EVs have done relatively well in a few years, considering the little investment carmakers made in the past century, compared to gas cars.

Back To Our Research. Doesn’t it make more sense to let utilities and fleet owners first buy into EVs, as many carmakers have found? This way, the automobile industry can continue to tweak the electric drive according to the data gathered.

The real problem is not in the numbers, it is with the lack of common sense when it comes to expectations. Most “experts” still function under last decade’s exuberant growth numbers and projection curbs, all relative to a pre-recession economy built on an unsustainable basis. Is the fact that GM sold less Volt than it did a failure, when those same numbers would be great for any limited run car? We need to readjust our way of looking at sales projections and keep in mind that EV batteries haven’t had the resources petroleum and hydrogen has had over the decades, and despite that, still perform quite well, hinting at an even better tomorrow.