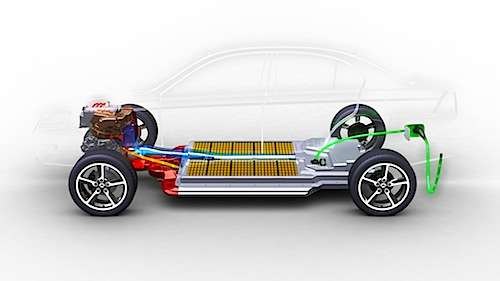 CODA has given us an electric car that should prove once and for all, electric cars pack serious performance, matched by a truly usable range. We spent the day at the wheel of a CODA in Los Angeles city traffic, highway and canyon drive on an 80 mile range anxiety drive.
Advertisement

Braving The Los Angeles Traffic. The idea behind the CODA is to make sure any drivers will feel comfortable driving this electric car. Indeed, it makes no doubt it will please many current gasoline sedan drivers. The layout of the information is well done with clear display showing you actual percentage and predicted range.

The Driving Experience. An 80 miles drive through Los Angeles traffic is probably one of the best way to test an electric car. The drive was varied and gave us a sense of how this electric car would behave in one of the toughest driving situation, typical Los Angeles city traffic. The highly diversified drive took us through uphill and downhill streets, as well as highways and even canyon roads where we were able to probe the CODA’s potential. We took our CODA on one of the famed Los Angeles river infrastructure where once upon a time, muscles cars duked it out on movie screens. Our fear of driving with water beneath its battery pack or in the rain quickly vanished.

City Driving, No Charging. Driving around Los Angeles, using A/C on a full day, while making stops and not recharging will certainly cure you from any "range anxiety" disorders other carmakers have. The CODA behaved very well in the middle of traffic with no problems at any time getting out of lanes and zipping to another. We more than once tested its torquy acceleration at green light to witness incredulous stares from performance gasoline cars. At highway speed, the CODA revealed its brio. Its acceleration in the 60 to 65 mph range to higher speeds was incredibly surprising, reminding us of Tesla Roadster’s similar accelerations at that speed. Now we fully understand what Thomas Hausch, SVP Sales, Marketing, and Aftersales meant by “elasticity”.

The CODA handled predictably well up and down the Malibu canyons with its perfect weight distribution of 51% front, 49 back. Our final destination was reached with 9% of the useable battery left. We noticed the capacity gauge reported up to 13% left, much as the reserve on gasoline tank would act.

CODA has come a long, long way since I first drove its early test prototype in 2009. This final production series is ready for the general public with enough performance and plenty of range for 90% of the US population. In the end, CODA is set to become a global key player with its certified UDDS 133.6 miles of range. CODA takes a bite out of the tired old “range anxiety” nonsense and answers 99% of American families their daily commute without worries of range issues.