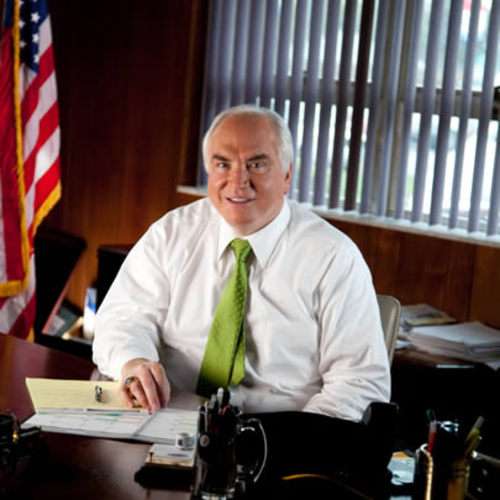 Perhaps when we think "oil companies want to kill electric cars" our imagination is running away with us, but when a Congressman who owns/owned millions of dollars in oil company stock, who is also a car dealer, and wants to kill electric cars, what else is our mind to think?
Advertisement

Yesterday we reported that Rep. Kelly proposed legislation to end the Bush era $7500 electric car tax credit, while being an unashamed hater of electric cars who owns a Chevrolet car dealership. Today reports surfaced that Rep. Kelly also owns millions of dollars worth of oil company stock, and our minds leap immediately to the idea many of us share that the oil companies want to kill electric cars.

The theory that oil companies want to kill electric cars is shared by so many of us, is so obviously plausible (e.g. if electric cars are commonplace wouldn't the the oil companies want to stop it?), that the facts of Rep. Kelly's life seem like a walking talking breathing example of this idea in real life. But does that mean the oil industry wants to kill electric cars? No, not necessarily. Rep. Kelly is not the oil industry, he's a Congressman who owns a car dealership and owns (or owned) a large quantity of oil company stock. There is a difference.

To reiterate yesterday's story, HR3768 was filed last week by Rep. Kelly and would terminate the section of the U.S. Tax Code that grants a tax credit of up to $7500 for purchases of electric cars. It was noted yesterday that Rep. Kelly owns a Chevrolet car dealership originally started by his Father, that was nearly closed during the GM bankruptcy proceedings early in Obama's Presidency, and that he's on record with a long series of statements bashing electric cars in general and the Volt in particular. (see Rep. Kelly's HR 3768 proposes repeal of electric car $7500 tax rebate) This is happening in the context of the budget showdown just before Christmas that, as a side effect, killed a couple small tax credits for electric vehicle infrastructure. (see Overhyped bashing of electric car charging station subsidies in the Washington Post and Electric Vehicle charging station tax credits a victim of US Govt budget battles)

Thanks to a report on the ThinkProgress blog we learned today that Rep. Kelly also owns millions of dollars worth of stock in two small Pennsylvania oil companies that are oh-by-the-way engages in hydraulic fracturing (fracking) operations in the Marcellus Shale formation. Financial disclosures filed last May do show ownership stakes in these and other companies. However a flurry of news reports in July indicate Rep. Kelly's office claims that Kelly sold off his stakes in these oil companies.

According to Rep. Kelly's financial disclosure dated May 15, 2011, that he: a) earns $146,000 per year salary from Kelly Chevrolet, the auto dealership he owns; b) his ownership stake in the Kelly Chevrolet and the land it sits on is worth over $10 million; c) he personally owns "partnership" stakes in PC Exploration, Campbells Gas Partners, Phillips Resources, and TWP Inc that appear to collectively earn between $100,000 to $1 million per year in dividends; d) he bought a large chunk of General Motors stock on Nov 23, 2010, shortly after his election to the House of Representatives; e) he still serves as President of Kelly Chevrolet and Kelly Hyundai.

The value of requiring financial disclosure by political leaders is it lets us see the potential for conflict of interest. In this case we see a sitting Congressman whose personal interests would be harmed by the large scale reduction in oil consumption which would result from large scale adoption of electric vehicles. Oil is primarily used as transportation fuel, and for oil companies to continue having customers requires that oil continues to be the fuel that drives our transportation system.

Additionally the ThinkProgress blog post demonstrates sheer hypocrisy on the part of Rep. Kelly. Specifically, he is quoted from a Town Hall meeting last summer defending subsidies for oil companies because "number one, we want companies to be profitable". Specifically he was asked "How can you justify continuing subsidies for oil companies with record profits while cutting vital services for working families? Oil companies don’t need subsidies and working families shouldn’t have to pay for them with.." Rep. Kelly cut off the question to launch into talking about pensioners whose pension funds own oil company stock, before saying "number one, we want companies to be profitable". Rep. Kelly himself, at that moment in time he spoke that question, appears to have owned a large chunk of oil company stock that was earning him personally hundreds of thousands of dollars per year in dividends.

Where this becomes hypocrisy is Rep. Kelly's USA Today op-ed piece in December calling for killing electric car tax credits. The op-ed discussed at length the wrong-headedness of governments subsidizing corporations, while as we've seen he is on record supporting subsidies for oil companies. Perhaps it would have been honest of him to write that subsidies for companies that pay dividends to Rep. Kelly's bank account are okay, but subsidies to corporations which would harm companies whose stock Rep. Kelly owns/owned is not okay. But to both defend subsidies to corporations and to also say subsidizing corporations is wrong-headed, is nothing short of hypocrisy.

To add to the appearance of hypocrisy, Rep. Kelly's office issued a press release today concerning HR3768 stating the bill is intended to solve the U.S. debt crisis, that the country cannot afford trillion dollar deficits and that he'll fix this by terminating "an electric vehicle tax credit that has cost tens of millions of dollars". Let's get this right, the tax credit in question is .001% of the national debt, and this will fix the budget problems? Rep. Kelly, may we suggest some remedial math courses?

kman wrote on January 4, 2012 - 9:59pm Permalink
This is typical of self serving politicians who are in office for their own greed.
JP White wrote on January 5, 2012 - 10:07am Permalink
The irony behind the argument that ending the tax credit for EV's will help fix the debt crisis is that it will do the opposite. We import about $1 Billion in oil every day which contributes greatly to our trade deficit. To fund the trade deficit the US has to borrow money and pay interest on it., which impacts the domestic budget directly. If we could reverse that there would be more money to go around in the US which in turn would help alleviate budget deficits. If we all had more money so would the government. If we keep shipping our money abroad to buy oil, there's less money for us all and the government. The elected officials do not appear to want to solve the nations problems.
Jill Sorensen wrote on January 7, 2012 - 5:09am Permalink
Based on the facts you have presented, it is conflicted for Rep. Kelly to introduce or vote on proposed legislation that would advance his personal interests. Why is it not ILLEGAL for him to so? If we thought of our members of Congress as our employees, we would reprimand them at least, or take more serious disciplinary action. If the problem persisted, we would terminate their service. We need teeth in your bite of truth-telling. Jill Sorensen Baltimore-Washington Electric Vehicle initiative
s. Cloyd wrote on January 14, 2012 - 8:30pm Permalink
We've been trained to address the gentlemen as "the honorable Hiratio Alger". The only "honorable" thing this congressman could possibly do is resign and refuse the retirement and health benefits. This cad has absolutely no interest in a positive future for our country. My pet cat could do a better job by being less destructive of our environment and our balance of trade.
Anonymous wrote on February 15, 2012 - 1:46pm Permalink
I am certain this manis not the only one in congress that has this issue.

LG's New EV Battery Plant Is a Welcome News for Tesla
Tesla Giga Berlin's New Hurdle: It's Not Only the Gov't, but Now Tesla Itself
END_OF_DOCUMENT_TOKEN_TO_BE_REPLACED