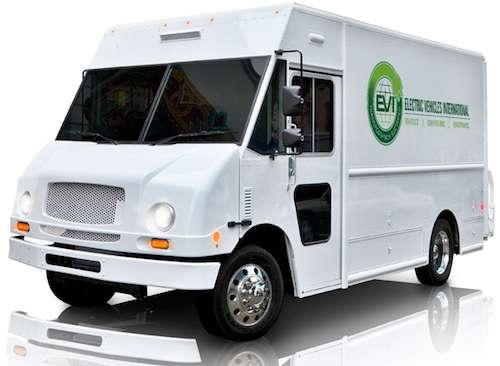 The deployment of 100 electric delivery vans by UPS is expected to save 126,000 gallons per year and play a role in helping to implement California's zero emissions vehicle goals.
Advertisement

UPS has a huge vehicle fleet around the world, and an extensive program to explore alternatively fueled vehicles. The company aims to reduce their emissions or greenhouse gas footprint, while saving money on fuel costs. “We currently operate more than 2,500 alternative fuel vehicles worldwide with a variety of hybrid, electric and natural gas technologies, making UPS the leader in logistics sustainability,” said Myron Gray, president of U.S. operations for UPS. “We use our technology and logistics expertise to reduce emissions around the world and help test new automotive technologies.”

UPS expects these electric trucks will reduce the consumption of conventional motor fuel by approximately 126,000 gallons per year. The vehicles have a range of up to 75 miles and primarily will deliver packages to customers in Sacramento, San Bernardino, Ceres, Fresno and Bakersfield.

The executive order in question was signed in late March, 2012. It was part of the announcement of the settlement with NRG that opened the door for eVgo to set up electric car charging station operations in California.

The executive order calls for a series of electric vehicle infrastructure development goals in 2015, 2020, 2025 and 2050. The milestones include: By 2015, "major metropolitan areas will be able to accommodate zero-emission vehicles;" By 2020, "zero-emission vehicle infrastructure will be able to support up to one million vehicles;" By 2025, "over 1.5 million zero-emission vehicles will be on California roads;" and By 2050, "a reduction of greenhouse gas emissions from the transportation sector equaling 80 percent less than 1990 levels." The vision is one of California being a hub not only for deployment of clean transportation technology, but a hub for development of that technology.

This project has been underway for a couple years. For EVI it is part of a larger initiative to sell over 500 electric delivery trucks in California.

“These all-electric vehicles remind us that California continues to be a dynamic center of innovation,” said Governor Brown. “These trucks were built here, they’ll be driven here and they’re already changing the way business is done here – cutting emissions and eliminating the need for tanker trucks worth of fossil fuels.”