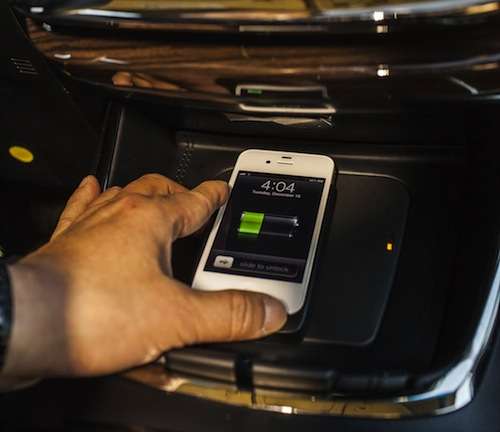 The Wireless Power Consortium is an open membership consortium promoting Qi, the global wireless power standard. The consortium says "Qi is the only wireless power solution directly integrated into flagship smartphones and automobiles, a demonstration of overwhelming industry support and recognition of Qi’s versatility."

The automotive market is often slow to adopt new technologies, and for the Qi system to so rapidly be embraced by two automakers validates the claim of "overwhelming industry support."

The Qi system uses inductive charging to transfer power from a pad to a device resting on the pad. While people can buy charging pads, the system is increasingly being integrated into every-day products like furniture or, even, cars. There are now 36 different Qi-integrated or Qi-ready devices, according to the WPC. The consortium has nearly 200 member companies.

At the Mobile World Congress the WPC is also demonstrating a fast charging system for mobile devices, which is the world’s first Qi 7.5 watt fast-charging solution by ConvenientPower to deliver battery charging in two-thirds of the time normally required.