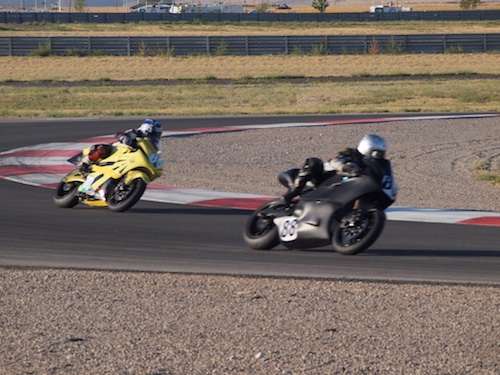 Any company can run into trouble if the market conditions shift, that's what bankruptcy courts are for. Last week when lithium-ion battery maker Ener1 entered bankruptcy proceedings it was at a highly inconvenient moment for President Obama. Because of that company's history, and what that company makes, and who some of its customers were, this bankruptcy is leading some to inappropriately tarnish with the same ugly reputation as the collapse of Solyndra. However the case with Ener1 is very different from that of Solyndra.

Ener1 is the parent of several companies in the clean energy sector, including EnerDel, an Indiana based lithium-ion battery maker. EnerDel was one of the recipients of the Dept. of Energy grants in 2009 which gave a huge boost to the lithium battery industry in the United States. Beefing up the U.S. advanced (lithium-ion) battery manufacturing capacity is an important strategic move when coupled with starting a long term shift towards electric vehicles. We wouldn't want to trade a dependency on foreign oil for a dependency on foreign batteries, especially considering that most battery manufacturers in the world are based in China. In addition to the grants EnerDel received in 2009, it also received some grants during the Bush Administration, also for advanced battery technology development.

Ener1's bankruptcy announcement came the day after President Obama's State of the Union address in which he declared "I will not cede the wind or solar or battery industry to China or Germany because we refuse to make the same commitment here." Ener1 is one among several companies in the domestic battery referred to by Obama's statement, making it a highly inconvenient time for Ener1 to have chosen to enter bankruptcy.

Following Ener1's bankruptcy announcement, the chorus focused on a negative interpretation, that it's a failure of Obama's green technology vision, that Ener1 is shattered and broken and completely dead, and that it's proof nobody wants electric cars anyway. The truth is not so dark as all that so let's take the points one-by-one.

Is this a failure of Obama's green tech vision? Maybe not. As we'll see in a moment the conditions of Ener1's bankruptcy weren't all in the hands of Ener1's management team. Fact is that this company makes powerful batteries, powerful enough for Lighting Motors to set a 216 miles/hr electric motorcycle land speed record last summer, as well as turning in awesome results in the 2011 TTXGP races. One might ask what role does the battery pack play in a performance like this? The battery pack plays a crucial role by sustaining a high discharge rate over a long period of time, and not all batteries can perform to the level required to drive a motorcycle that fast.

Ener1 explains the cause of their bankruptcy as coming when "the marketplace did not evolve as quickly as anticipated" and "Our business plan was impacted when demand for lithium-ion batteries slowed due to lower-than-expected adoption for electric passenger vehicles." Additionally "volatility in the debt and equity markets" limited their ability to borrow money, and loss of a major customer, Think Global, dealt a big blow. There's a lot of details to unpack there but the key thing is their customer, Think Global. What Ener1 did not mention was that until last May, Ener1 was also a major share-holder in Think.

Think is a Norwegian based electric car manufacturer dating back to the 1990's. Think has gone bankrupt several times, each time being rescued by an investor group. Their design focus is on small electric city cars manufactured completely with recyclable materials. About 10 years ago Ford had bought Think with the idea to launch their car in the U.S. but when CARB backed off the ZEV program, Ford's investment in Think was one of the casualties. More recently Ener1 became the lead investor in Think, and as a result Think was in the process of building a factory in Indiana to build cars that would be powered by Ener1's batteries. In 2010 both Think and Ener1 received additional investments allowing them to move forward with those plans. Ener1 also announced plans to provide batteries to a couple other large customers, including a Chinese electric vehicle manufacturer.

By the spring of 2011 however Think had fallen on hard times again and by June, Think declared their latest bankruptcy, and a rescue agreement with a Russian investor. In May 2011, Ener1 simply returned to Think all the certificates of stock ownership, that's how bad conditions were at Think. By the end of the summer Ener1 had informed the SEC they would have to restate earnings reports for the last couple years, had begun to "restructure" the company's senior notes, had sacked the CEO, and by November the company had been delisted from the stock exchanges.

This litany of troubles sure sounds like a company about to sink beneath the waves never to be seen again. The fact is that the stake-holders in Ener1 have known about the troubles since at least last summer. Everybody involved have had ample time to plan Ener1's resurrection. Indeed, Ener1 has announced a unanimous agreement with its primary investors and creditors to restructure the company's debt and "provide up to $81 million to recapitalize the Company to support its long-term business objectives and strategic plan." The company has asked for a "pre-packaged" Chapter 11 process in the U.S. Bankruptcy Court in the Southern District of New York and if all goes well with the Bankruptcy judge they expect to be done in 45 days.

The company expects to be fully in operation during the bankruptcy, and none of its subsidiaries are going through bankruptcy.

Is this a shattered broken company that's about to disappear in a puff of smoke? Nope. Ener1 has a group of investors who are doubling down on their investment. Instead of an example of a failed government investment, it's an example of Capitalism at its best. Investors putting their cash on the line to build a company that's making great products. It's also an example that there are no guarantees, and that not all investments work out. Sometimes businesses fail and sometimes they succeed.

Is this proof that nobody wants electric cars? Not necessarily. The investors in Think may simply have under-estimated how much money would be required to launch a car company. There have been no successful automobile startup companies in the U.S. in over 50 years, that's how hard it is to launch a new car company. Just because Think went through yet another of their bankruptcy's does not mean that the consumer public do not want electric cars.

It's simply proof that the only guaranteed thing in life is that nothing is guaranteed.

Anonymous wrote on January 30, 2012 - 2:01pm Permalink
An excellent article by all measures. As an Ener1 investor with now worthless stock...you don't even get certificates anymore...in my gut I believe private capital was just waiting on the sideline to swoop down and pick up EnerDel's plants, markets, people and technology for next to nothing. Comparing the technology of the Nissan Leaf and Think City batteries (or for that matter those used in the Volt or Prius or just about any automotive battery you could name) leaves me believing as a taxpayer I'm ok, as an investor I've been screwed and the vultures? Well, they are likely to do very, very well. I just wish the Leaf had EnerDel inside.