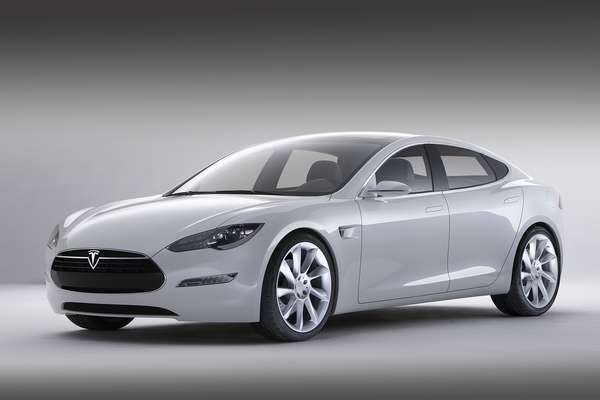 While the NHTSA is highly interested in all data about lithium-ion battery fires, they were prevented from gathering any data (until now) from the recent Tesla Model S fire thanks to the Republican-instigated Government Shutdown.
Advertisement

Early this month a Tesla Model S caught fire after striking a piece of road debris that pierced its battery pack. The NHTSA's goal is to investigate any electric car accident resulting in a fire, and since this is the first electric car fire in the public the NHTSA should have had an investigation team on site immediately. Thanks to the Republican-instigated Government Shutdown the NHTSA was closed at the time of the accident, but now that they're back in business the NHTSA has begun collecting data about the accident while not yet opening a formal investigation.

NHTSA Administrator David Strickland told the Detroit News that the agency is "collecting data" but declined to say if the agency was going to open a formal investigation. We are to expect a "longer statement" regarding the accident shortly.

The history of electric car fires is short on actual fires in the public. About 200,000 gasoline car fires occur every year, resulting in thousands of fatalities, and other damage. There has been exactly one electric car fire in the US involving a car on the road, namely the Model S fire earlier this month. The electric car fire which garnered a lot of attention, a Chevy Volt which had just been crash tested in May 2011, occurred within the artificial context of crash testing. There were a couple cases during 2011 where Chevy Volts happened to be in garages which caught fire, but fire officials cleared each of the Volts of culpability. In November 2012 during the Hurricane Sandy turmoil, a car storage lot in New Jersey flooded, burying a large number of cars, triggering fires in a few Fisker Karma's, and a Toyota Prius Plug-in, thanks to short circuiting caused by salt water.

The relative handful of electric car fires, compared to the rampant plague of gasoline car fires, should be enough to validate what Tesla CEO Elon Musk said following the recent Model S fire: “For consumers concerned about fire risk, there should be absolutely zero doubt that it is safer to power a car with a battery than a large tank of highly flammable liquid.”

According to Tesla Motors, the Model S fire began when a car being driven in Kent Washington drove over some road debris in a way such that it lodged between the road surface and the battery pack. The debris, some kind of metal rod, impaled the battery pack causing a short circuit. The car detected a problem had arisen in the car, and informed the driver that he should pull over to the side of the road immediately. The driver drove down an offramp, then stopped at the bottom of the ramp when he started smelling smoke. The car quickly caught fire, but thanks to design forethought on the part of Tesla's engineers, the fire was contained to only a part of the pack and nobody was injured.