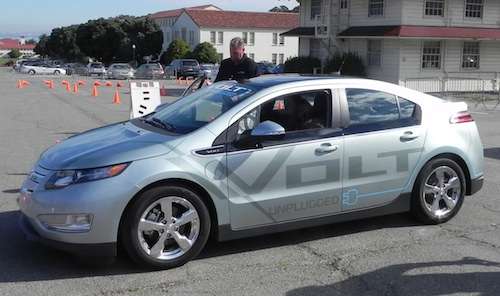 The Federal tax incentives available for electric cars and motorcycles

It's the beginning of the year, making it tax season even if you won't touch your taxes until April 14th, eh? With the fiscal cliff crisis last week, tax credits for electric motorcycles were preserved as part of the deal. The federal government is offering tax credits not just for electric motorcycles, but electric cars and plug-in hybrid cars. How much are the credits? How long will the credits last? How do you get the credit?

Because this is a tax credit it's too late to apply the benefit to your 2012 taxes, because you would have had to buy the electric vehicle during 2012. Also, as a tax credit, it reduces the total amount of tax that you owe. Therefore to get the full effect of the tax credit you need to owe enough taxes.

What kind of vehicles qualify to award tax credits? Currently the credits are available for plug-in vehicles, either plug-in hybrids or all electric vehicles. The tax credit is within Internal Revenue Code Section 30D, and the full list of qualifying vehicles is on the fueleconomy.gov website (link below). Even though electric motorcycles (again) qualify for a tax credit, that website curiously only lists electric cars.

The amount of the tax credit is calculated based on the size of the battery pack, which in turn determines the driving range of the vehicle. The base credit is $2,500, and the vehicle must have a 5 kilowatt-hour battery pack to qualify. There is an additional $417 tax credit for each kilowatt hour of battery capacity in excess of 5 kilowatt hours. The total credit per vehicle is capped at $7,500.

Perusing the lists on fueleconomy.gov you see most of the available vehicles qualify for the full $7,500 credit, but a few do not. These are the Toyota Prius Plug-in, and the Ford C-MAX and Fusion Energi's. These three vehicles are plug-in hybrids, with battery packs small enough to not qualify for the full tax credit. Those smaller battery packs limit the electric-only range of the vehicles, but it also results in a lower sticker price.

The electric motorcycle tax credit applies to two- or three- wheeled vehicles powered by a battery, the battery is recharged from the electrical grid, the battery pack is at least 2.5 kilowatt-hours, and can travel at least 45 miles/hr speed. The tax credit is for 10% of the purchase price, up to $2,500 maximum.

These credits will not exist forever, instead each of them will disappear over time. In fact there were tax credits in the past for hybrid cars and the high efficiency turbocharged diesels, credits that have all expired. In addition to the expiration date baked into the law (and regularly extended by Congress), there is an expiration based on vehicle sales. The tax credit for vehicles from a specific manufacturer will begin to expire once that manufacturer has sold 200,000 plug-in vehicles.

At the current rate of sales it'll be a while before this 200,000 vehicle per manufacturer threshold is reached. The sales rate may well increase, just as it took a couple years for the hybrid vehicle sales rate to begin to increase. Currently it is GM that is closest to that threshold, due to their success with Chevy Volt sales this year. One wonders how the competition between GM and Nissan or Ford will shake out if GM can no longer offer a tax break on the Volt, while the other manufacturers still can.