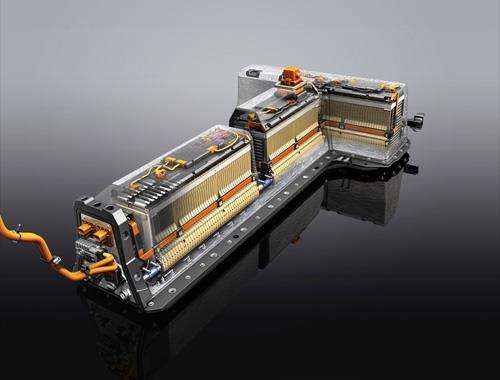 Chevy Volt batteries will finally be built in U.S. as LG Chem opens factory in Michigan

US based battery production will get a big boost when LG Chem launches commercial production at its plant in Holland Michigan.
Advertisement

GM likes to tout the Chevy Volt as an American-made electric car, however the cells in the battery pack are made outside the U.S. by LG Chem. That company announced on Monday that their long-awaited battery factory in Holland Michigan will start manufacturing battery cells this summer, and that the factory is already making test runs.

Battery packs for electrified cars are constructed from cells, that are packaged into a battery box along with a battery management system. In the case of the Chevy Volt, LG Chem manufactures the cells while GM assembles the cells into finished battery packs. GM's battery manufacturing facility is in Michigan, but LG Chem has not yet moved battery cell production to the U.S.

The company will launch commercial production of automotive lithium-ion battery cells in July, 2013 at its Holland, Michigan facility. The prerequisite step is to complete the Production Part Approval Process (PPAP) and gain customer approval. The "customer" in this case is GM, for the Chevy Volt.

They have already begun making test runs at the facility. LGCMI anticipates shipping product by the end of this summer. The initial target of the production is battery cells for the Chevy Volt. They expect to increase volume consistently increase depending on the EV market and securing additional contracts. LG Chem's other known automotive customer is Ford, but all they say is that "the company is also working to procure additional programs for future production."

The original plans were to install five assembly lines in the Holland facility, but LG Chem has only set up three lines so far. We'll note that Chevy Volt sales have not lived up to GM's projections. The other two lines are anticipated to be completed in September 2015, but LG Chem plans to base this on demand and market conditions.

By launching commercial production of automotive lithium-ion batteries in the U.S., the company hopes to increase its competitive position in what may become a strategically important product area. They intend to compete not only in manufacturing automotive batteries, but also energy storage systems for the smart grid.

“LGCMI remains committed to achieving the vision on which our Holland facility was built,” said Sain Park, who is President at LGCMI. “We remain committed to creating good jobs in the Holland community and supplying excellent products to our customers. Our plan is to operate the Michigan plant as a strategic location to meet customer needs, secure future orders and compete aggressively in the ESS battery market.”

John Goreham wrote on May 7, 2013 - 9:37am Permalink
In-sourcing is awesome. The car industry is a leader in bringing jobs into America. Too often it goes unreported. The only thing better than this would be if an American company could make an electric car battery from start to finish and place it in a car that sells as well as the Volt. So far, it has not happened.
David Herron wrote on May 7, 2013 - 6:31pm Permalink
EnerDel came close - if it weren't for the Think bankruptcy A123 came close - if it weren't for their mistakes, and Fisker's mistakes Unfortunately though most of the battery industry is in China