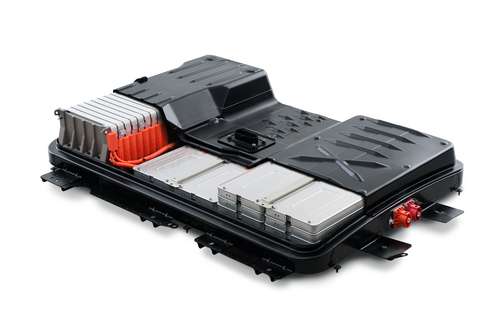 The Nissan Leaf battery pack capacity loss controversy has exposed a weakness on Nissan's part in communicating openly with Leaf owners, and a new Advisory Board being formed by EV Advocate Chelsea Sexton aims to help Nissan learn how to communicate.
Advertisement

In the wake of revelations about Nissan Leaf premature driving range, Nissan agreed with Chelsea Sexton to start an independent advisory board. The advisory board was first announced in an open letter Nissan published last month via the MyNissanLeaf discussion board (MNL). Yesterday, Sexton disclosed, a long posting on the MNL discussion board, some details about the purpose and scope of this advisory board.

While the advisory board was not, according to Sexton, "convened specifically to address the Arizona battery issue" the context for this board is strongly influenced by that issue. The issue is that Nissan Leaf owners in Arizona, and some other states, are suffering from overly rapid loss of battery pack capacity and a loss of driving range. A growing chorus of Leaf owners are documenting battery pack capacity loss, including a massive test convened in Phoenix independently by Leaf owners. Nissan has made two public responses, in June and in September, and it's clear that Nissan has on its hands a product quality controversy. Most of Nissan's responses have been in the form of downplaying the issue, minimizing the number of Leaf owners affected. Nissan did bring in seven Leaf's for intensive study, and have since suggested that rather than Arizona's famously hot climate ("at least it's a dry heat") the problem exists with Leaf owners who drive an above-average number of miles per year.

Rather than convene this advisory group to address the battery issue, Sexton says "it was conceived to help Nissan learn how to better communicate and engage with the EV community, both current drivers and potential ones." One way to interpret the controversy we just summarized, is difficulty within Nissan's marketing of holding a two-way conversation with the public. This sort of difficulty is facing marketing departments all over the world, because normal traditional marketing methodology is a one-way dissemination of "messaging" from a corporation. Corporations rarely do a good job of responding to individual customers, but with the rise of social media and other interactive services on the Internet, corporations are having to learn new ways of communicating with their customers.

Beyond this focus on teaching Nissan how to communicate with the public, Sexton says "they're pretty open-minded on the group's focus" and goes on to detail the broad brush strokes of the advisory board's role.

Marketing: This would focus on "effective advertising" which understands "what potential buyers really want to know, and how to appropriately talk to them about things like range and the factors affecting it." The history of electric car advertising has included much disastrous messages. For example the TV advertising for the EV1 was especially strange, with one of the advertisements being likened to showing a post-nuclear detonation with the only human presence being the blast-shadow of a vaporized family. As Sexton notes, the bottom line success of electric cars will only come from increased electric car sales, and perhaps effective advertising is a component to increasing sales.

Communication: This goes from "basic engagement with the community" to the communications "when something's going wrong". An example is the battery capacity loss controversy, but clearly with the experience with other automobiles, there will be other times when something is going wrong. Nissan and other EV makers will need to learn how to communicate and discuss issues about EV's with EV owners.

Dealer experience: "Getting them more on board, improving the sales process, dealer training, service department, etc."

Nissan is requiring a global membership in the Leaf advisory board. The Leaf is, after all, being sold outside the U.S., in Japan and Europe. The board is expected to be made up of a dozen or so people, with perhaps six coming from the U.S. The commitment at this point is for one year, to start, but the board may have a longer life-span. Board members won't be compensated for their role, however Nissan will cover travel costs. It's expected there will be very few face-face meetings of the Board, and that instead they'll meet via other means.

The challenge with only twelve members will be for the Board to genuinely reflect the community of Leaf owners. Sexton says she is "not looking for people who think that Nissan can do no wrong, nor that they can do no right" but those who "have more interest in the big picture success of the LEAF and EVs than grinding axes."

And while the description of the Board was posted to the MNL discussion board, Sexton is looking to locate Leaf owners who participate in other forums besides MNL.

And, with that, nominations are open. For more information see Leaf Advisory Group on the MNL forum.

Rob wrote on October 8, 2012 - 12:01am Permalink
What? It's not a communication issue it's a technical issue with air cooling being inadequate in high ambient temperatures. Almost all other EV manufacturers have gone with liquid cooling and we can now see clearly why. Nissan would be wise to reengineer their battery pack with better temperature management for new vehicles and offer old vehicles the upgrade at a nominal fee.
Tony Williams wrote on October 8, 2012 - 2:14pm Permalink
This is not a technical problem FOR NISSAN, when they don't warrantee the battery for capacity. If they did offer an 80% warrantee like GM for the Volt, or Nissan's sister company Renault with EXACTLY the same cells that offers a 75% guarantee with their leased batteries, only then would Nissan have a technical problem to solve. Now, it's a PR problem; to more closely align the expected performance with the sales pitch. That means a stop to the 100 mile range advertising, to clearly spell out the ramifications of driving a normal 12,000 miles per year in various climates, like Phoenix, Seattle, Boston and Miami. Then, that info needs to be presented for the term of the lease, or 5 to 10 years for buyers. An actual 75% - 80% capacity warrantee would be awesome !!!
Rob wrote on October 8, 2012 - 7:09pm Permalink
It is a technical issue for Nissan, the fact that it is not covered under warranty only means that it is not one they are obliged to resolve. The fact is that the battery is not performing as described and intended, sure you can rebrand that as a PR issue by saying rather then try to deliver what's promised they can just promise less. There are two terminal issues with that approach however, first is the vehicles already on the road, they bought the car with certain expectations of its performance which it is not fulfilling. Second and probably most important, the range capacity of this vehicle is already at or below that which allows it to be accepted as a functional vehicle in most households, knock anything more off that range and the already very disappointing sales will evaporate completely. Nissan could promise less but I promise less sales if they go down that route. As I see it they have two options fix the technical issue or abandon the Leaf program all together.
John Goreham wrote on October 10, 2012 - 5:49pm Permalink
How about his marketing plan: Get the government to make it mandatory that some percentage of these be bought. They, take money from the taxpayers and give that money to the Leaf buyers. Also, let them drive alone in the high occupancy lanes on highways and then let them park right up next to the terminals at the airports. Oh, wait...