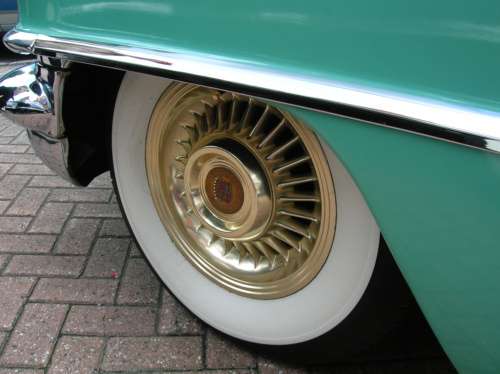 Tread wear not the only sign your tires are unsafe

Most articles on tire safety will advise you to rotate your tires, keep them properly inflated, use winter tires where appropriate, and replace them when the built-in tread wear indicators start to show or you’ve only got 4/32 of an inch of tread remaining. All of which is very good advice, but the experts at Edmunds.com have gone even further, reporting that even tires with little mileage, or that haven’t been driven at all—your spare for example, can deteriorate to the point where they are unsafe.

Obviously you don’t want that to happen, especially when you’re going down the highway in a hurry. How much time does it take for a tire to degenerate? The answer, unfortunately, is it depends. Most vehicle manufacturers suggest tires be replaced when they’re six years old, even if there’s lots of tread left. The tire manufacturers say tires can be good for up to 10 years but should get annual inspections after they’re five years old.

How can you tell when your tires were made? There should be a four-digit code on the sidewall that tells you the week and year of manufacture. If the code is other than four digits, it was produced before 2000 and should probably be tossed on principle, but Edmunds.com does have a chart on their site on how to read the numbers on your tire, if you’re looking for an exact birth date. It’s always a good idea to check this date when buying new tires as that great deal on radials might be trying to offload stock that’s been in the warehouse a couple of years already.

How worn a tire is depends not only on its age and mileage but the conditions it’s been exposed to. A spare mounted under your car is exposed to weather, water and dirt, a spare in the trunk may be subject to repeated cycles of hot and cold. Tires in the garage fare somewhat better but even there, unless it’s climate-controlled, they’re exposed to changes in heat and humidity.

Next time you’re checking the air pressure and tread wear, carefully inspect each tire for other signs of aging such as cracking and tread distortion. Edmunds.com say that “vibrations or a change in the dynamic properties of a tire could also be an indicator of aging problems.”

Other tire articles on Torque News:
Bridgestone introduces airless tires
The type of tires you need for your car and truck changes when seasons change
Chinese company to make a line of colored tires